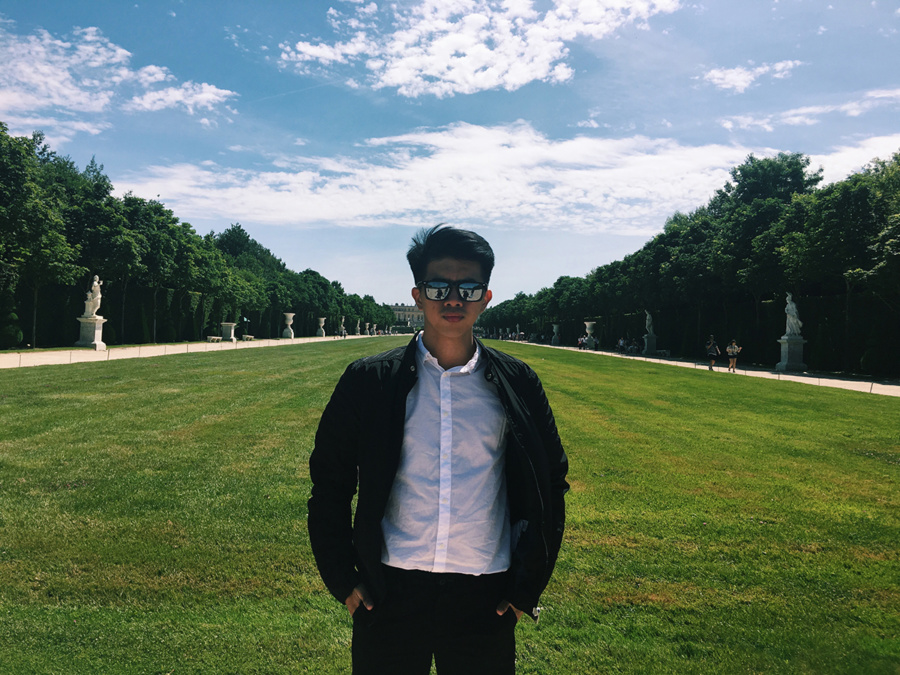 Behind me is the 335 meters long and 40 meters wide Royal Walk, also called Green Carpet.

The Royal Gardens of Versailles are known for its intricate landscaping and excellent maintenance.

For first timers in Paris, a visit to Versailles is recommended. The Royal Gardens of Versailles, just as important as the Palace, are known for its intricate landscaping and excellent maintenance. Witness the extravagance of Versailles yourself, and hear about famous historical characters like Marie Antoinette.

As usual, I thought touring the Palace of Versailles would be best with Sandeman as they can guide you and tell you the interesting stories. The ticket rate on their site already includes the entrance to the gardens, as well as the back & forth train tickets. 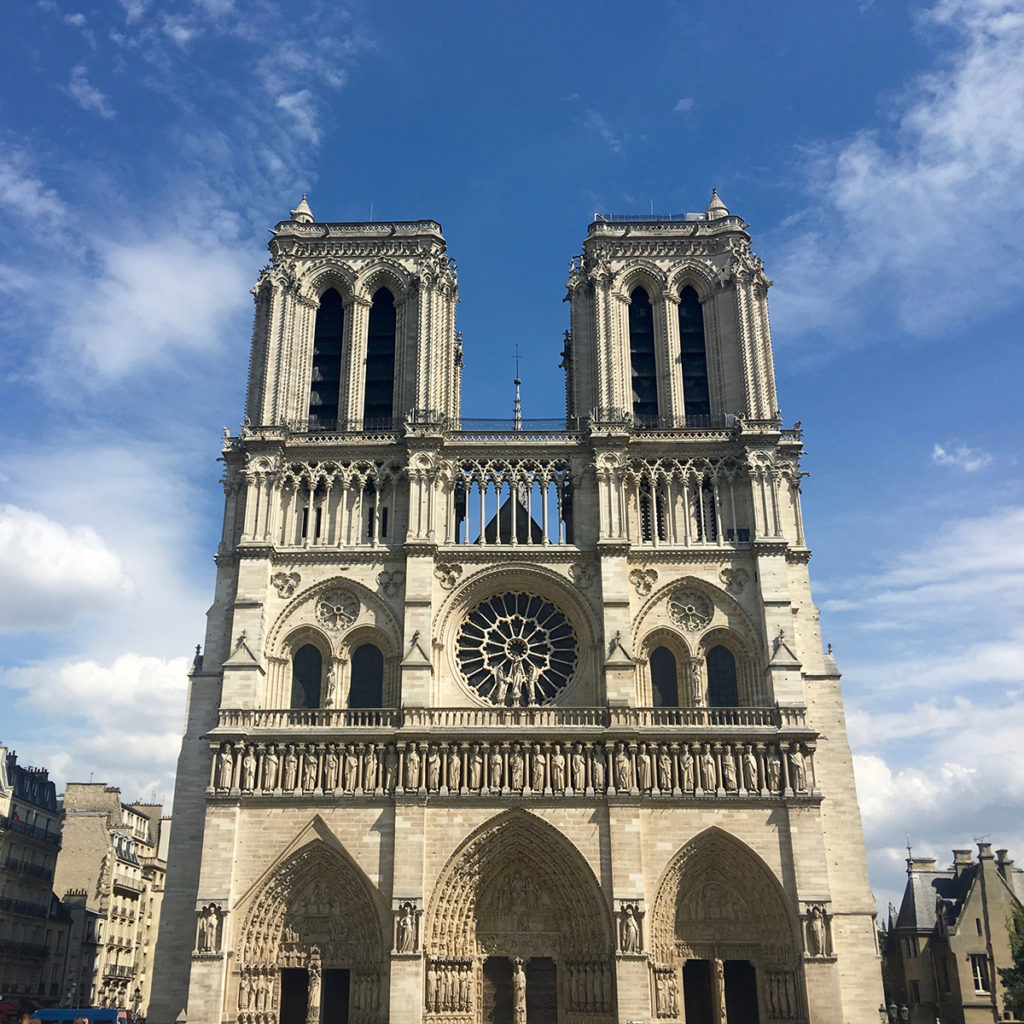 Going up the towers of Notre-Dame de Paris

How to get to Versailles from Paris

Located around 20 KM southwest of Paris, Versailles can be reached by taking a train. Go down at Versailles Château Rive Gauche, a station on the line C that is approximately one hour away from the city center.

From the Versailles Château Rive Gauche station, it’s like a 10-minute walk going to the palace. We went straight to the garden which is at the back of Château de Versailles. Since it was a group tour, we were let in quickly unlike the regular goers who had to fall in line. Another reason why you should do a group tour! Note that the line to buy an entrance ticket is different from the line to enter the garden, and there’s also another line to the entrance of the palace itself. Access to the gardens is free of charge, except for Fountain Show and Musical Gardens days.

Inside the Versailles Gardens

The high-maintenance Gardens of Versailles covers approximately 800 hectares of land! As we entered, I was simply stunned at the Grande Perspective stretching away towards the horizon from the Water Parterre.

Without further ado, here are some of the areas that I saw during my visit there.

As you enter the gardens, one of the first things you will see is The Latona Fountain. It is one of the more recently renovated structures here at Gardens of Versailles. It depicts the legend of Apollo’s mother and Diana protecting her children against the insults of the peasants of Lycia, and calling on Jupiter to avenge them. He heard their plea and transformed them into frogs and lizards.

(Some of) The Groves

The Rocaille Grove is an open-air Cascade Ballroom. The marble “island” in the center was used for dancing, and Louis XIV himself would perform there. You will hear recorded Baroque music playing, hence the Musical Garden name, similar to the old times, but back in the day they were performed live.

The Colonnade is surrounded by 32 marble columns. The arch stones are adorned with heads of nymphs and naiads. In the center is a group of statues depicting the Abduction of Persephone.

There are four fountains near the Royal Walk dedicated to the four seasons. The first one: The Bacchus Fountain, also called the Autumn fountain. Bacchus, a figure of Roman mythology, teaches the cultivation of the vine throughout the world. As the god of wine and drunkenness, he symbolizes the harvest and is surrounded by small satyrs, half child and half goat.

The Saturn Fountain, located in the south end, symbolizes the season of winter. Saturn is seated on a throne in the center, surrounded by small cupids, on an island studded with shellfish.

The Enceladus Fountain is taken from the myth of the fall of the Titans who were buried under the rocks of Mount Olympus which they tried to climb in defiance of the prohibition of Jupiter.

The Flora Fountain is in perfect symmetry with the Saturn Fountain. Flora, the Roman goddess of flowers, gardens and spring, symbolizes the first season of the year. She is represented with a crown of flowers in the center of the fountain.

The Ceres Fountain symbolizes summer. Ceres is seated on a bed of corn stalks, accompanied by cornflowers and roses.

There are 55 historic fountains here but only 32 currently plays during the musical fountains show. Live music is only played occasionally.

And some more greenery below… Absolutely stunning place! 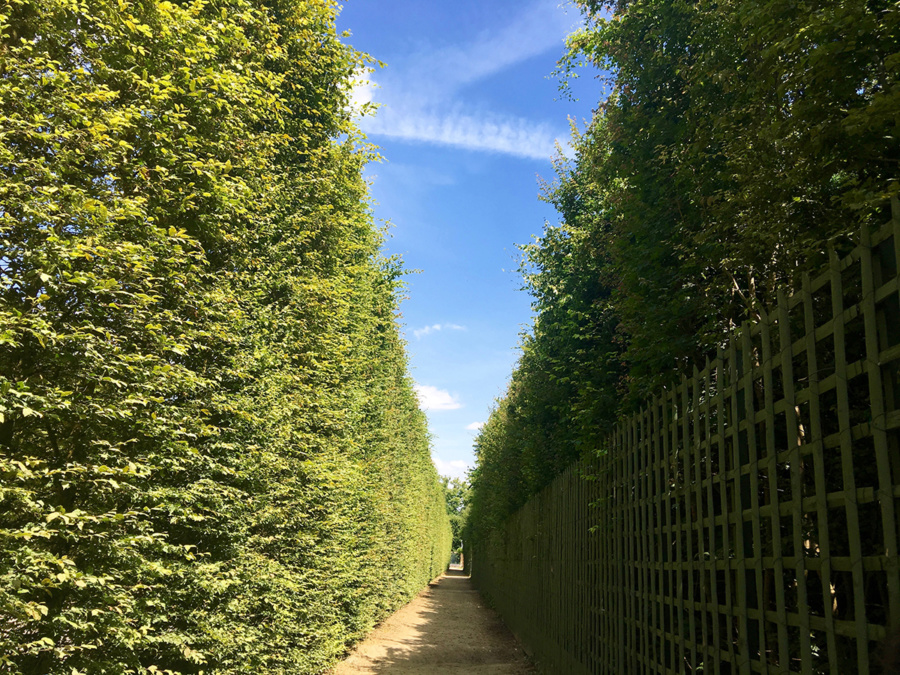 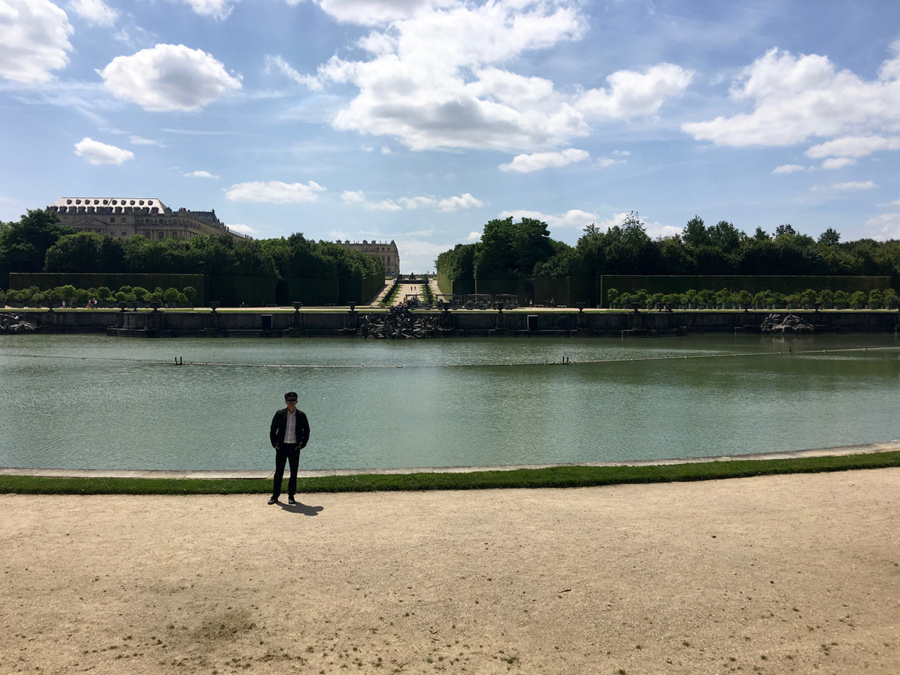 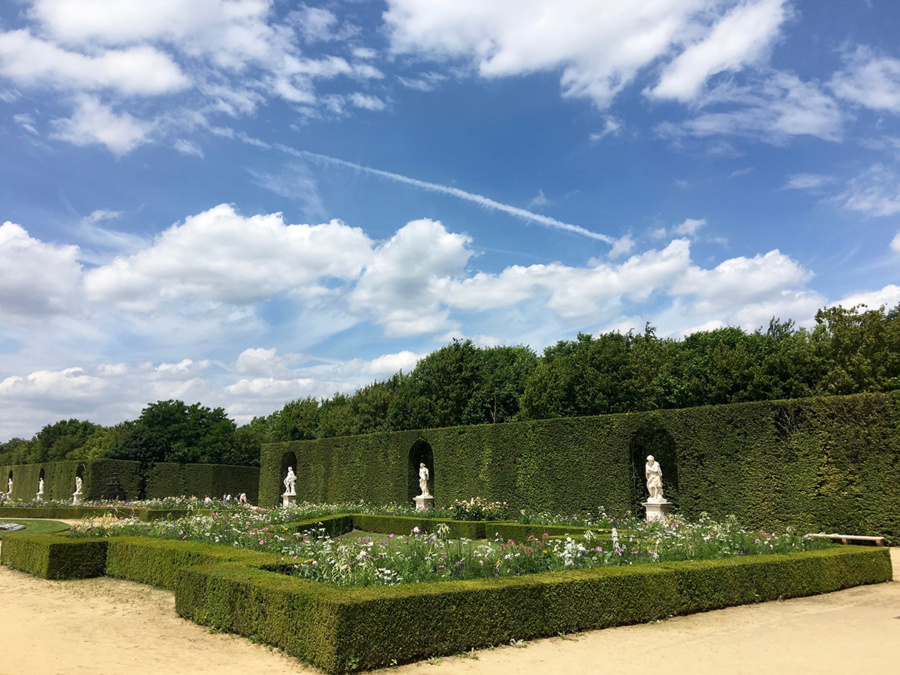 Looking at my pics, they didn’t really do the gardens justice! I wish I took way more. I guess I was in awe the whole time. And by the way, besides the palace and gardens, you may also visit Marie-Antoinette’s Estate. Again, separate pay, separate line and that probably requires another half day. I will definitely check that out as well as the inside of the palace the next time I visit Versailles.

Visit their official website to see up to date schedules and ticket prices.