The mesmerizing beauty of old city Munich | Lord Around The World 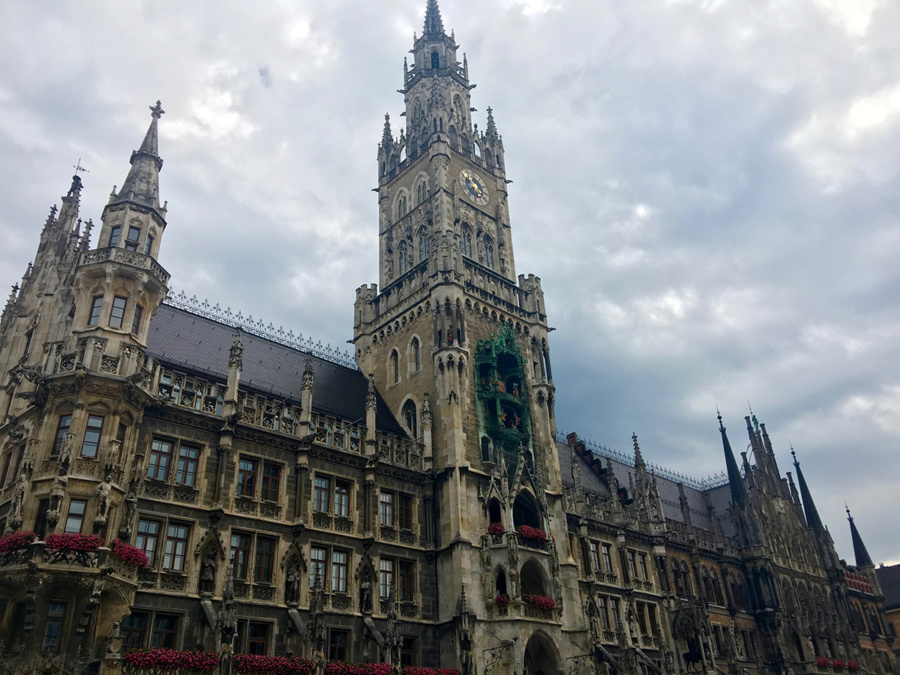 Munich or München, the third largest city in Germany, is best known for its annual Oktoberfest.

To kick off my Europe tour, I went on a free walking tour around the city of Munich. I did it with Sandemans, a company that provides free tours as well as paid ones. It was recommended to me by my colleague Weiwei.

Meeting place was at Marienplatz, Munich’s famous square in the heart of the old town plaza. Marienplatz means Mary’s market or plaza, hence the Virgin Mary column erected in the middle. At each corner of the column are angels defeating four different beasts – lion, dragon, snake and basilisk.

But the center of attraction on this square is basically the New Town Hall (Neues Rathaus), a colossal building with a magnificent neo-gothic architecture. Half of the building was built with bricks, and when the expansion was done, they used limestones for the other half.

The Glockenspiel in the tower balcony is also one of the area’s famous attractions. A reenactment of the 1568 wedding of Duke William V and Renata of Lorraine, complete with a jousting match, happens on the top half. It is then followed with a rendition of a dance called the Schäfferltanz, first performed to mark the end of the plague in 1517, on the bottom half. All of these are done by thirty-two near life-size figures. Tourists may watch every day at 11:00 AM, as well as 12:00 NN and 05:00 PM in the summer.

The Fish Fountain (Fischbrunnen) is another famous spot in the area. It’s usually where friends and lovers meet up. It is said that this fountain brings good fortune. All you have to do is wash your wallet in the fountain on Ash Wednesday, and you will never see it empty again!

We then headed to the Munich Cathedral (Münchner Dom). Legend has it that Satan agreed with the builder to finance the construction of this place, given that there will be no windows. What the builder did was position columns so that the windows won’t be visible from the spot where the devil stood in the foyer. When the devil found out he was tricked, he stomped his foot furiously, leaving a mark that is still visible up to this day. 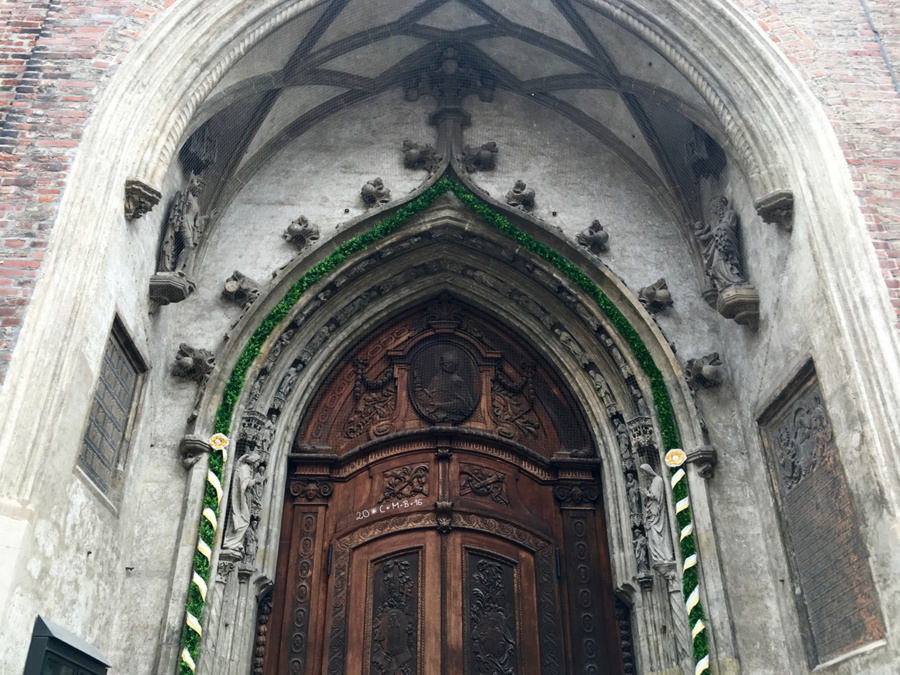 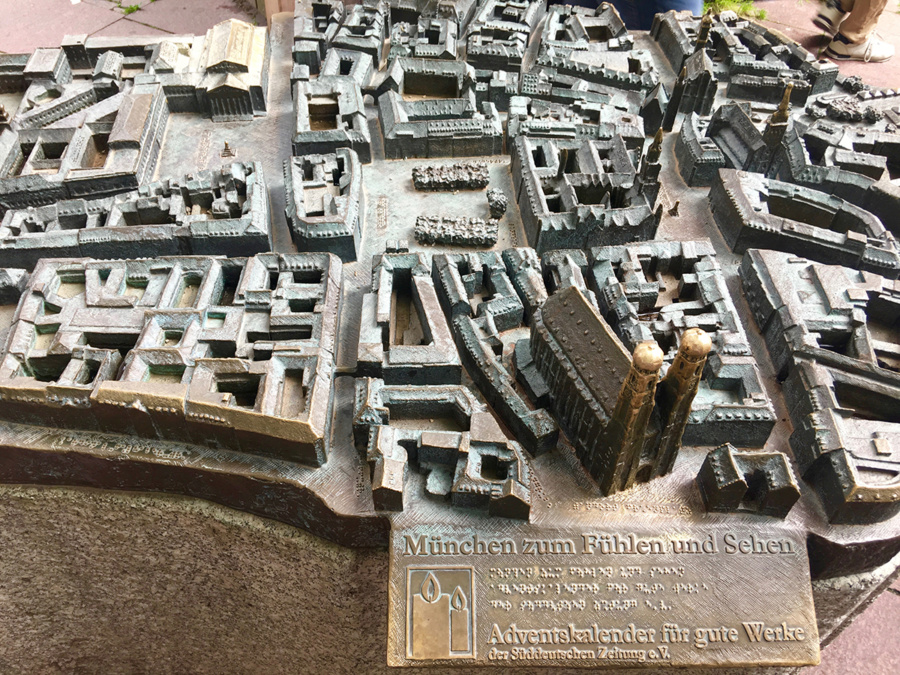 Next stop was the Old Town Hall (Altes Rathaus). For centuries, the ballroom in the old town hall was used for municipal and civic gatherings and festivities. On the evening of 9th of November 1938, the “Night of the Broken Glass” happened here. It basically extended the anti-Jewish violence into a nationwide campaign that eventually led to the annihilation of Jews in Europe. 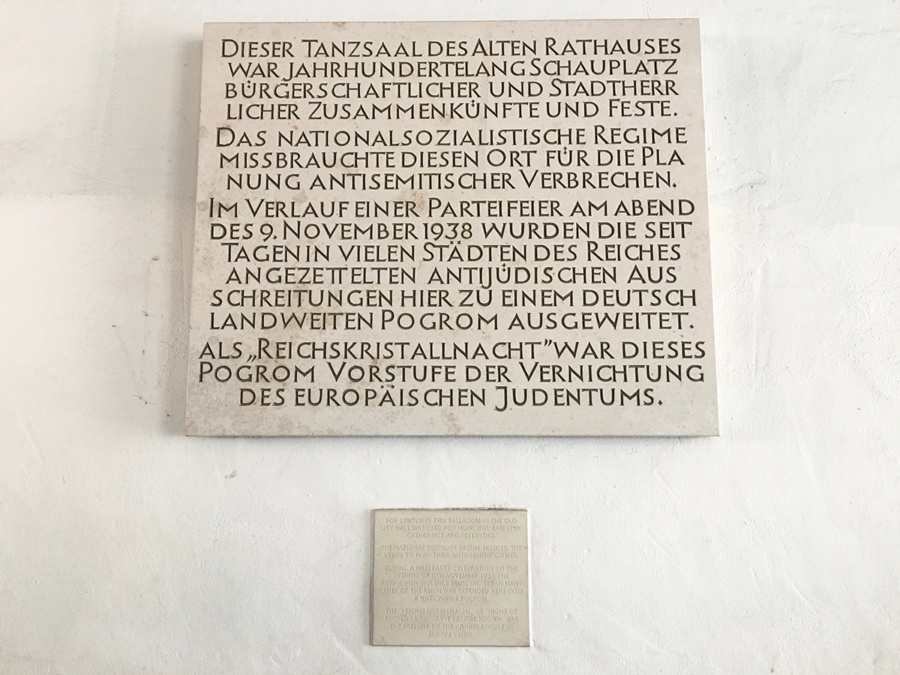 At the same vicinity, you will find this statue of a 13 year old Juliet (from Shakespeare’s “Romeo and Juliet”). Females who seek for love offer flowers to the statue, while men touch the right boob, hence it being shiny. And yes, I did touch the boob. Haha!

At the southern end of Ludwigstraße, you will find the Odeonsplatz, the second most important square in Munich. It was King Ludwig I who commissioned Leo von Klenze to design and build the square in 1816.

The final stop for the tour was at the Hofbräuhaus, one of the oldest and largest beer halls in Munich. The history behind this place is just so rich, making it one of the best spots to visit. A lot of notable people – Mozart, Hitler and Lennon to name a few – used to hang out here. And speaking of Hitler, this is where he announced the National Socialist Program in front of around 2000 people on 24th of February in 1920. 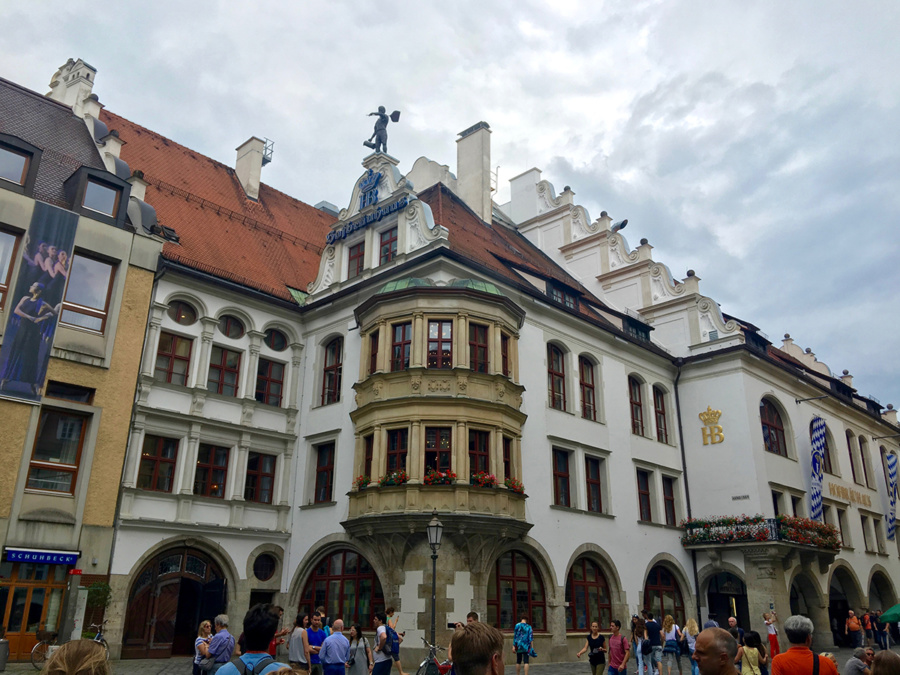 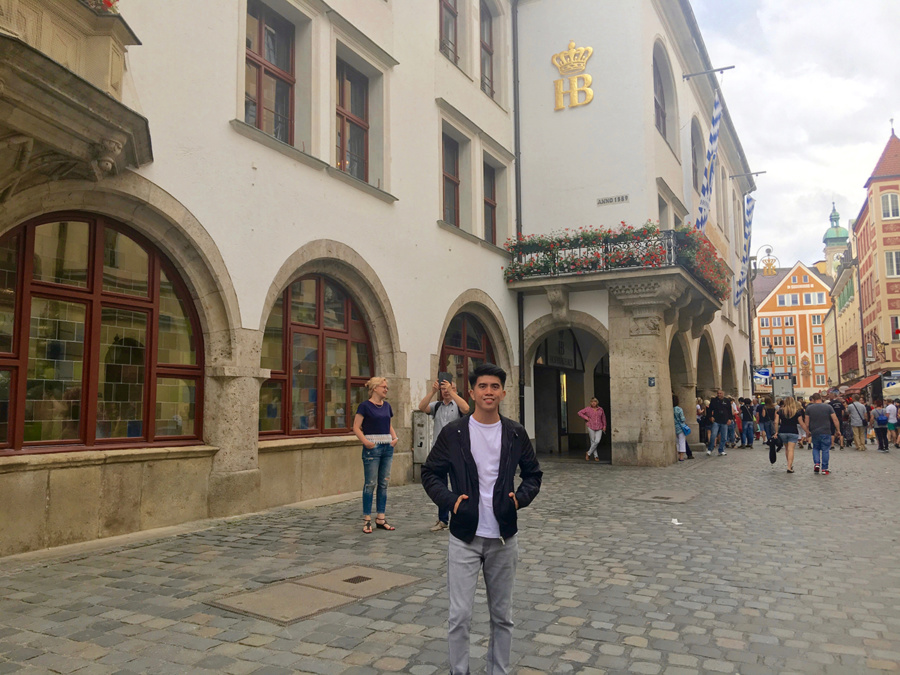 The vibe inside the Hofbräuhaus is amazing. It can get too noisy, especially when a live band is playing, but that’s what makes the feeling more authentic. Just imagine how louder it could be during Oktoberfest. Currently there are 24 other Hofbräuhauses around the world. 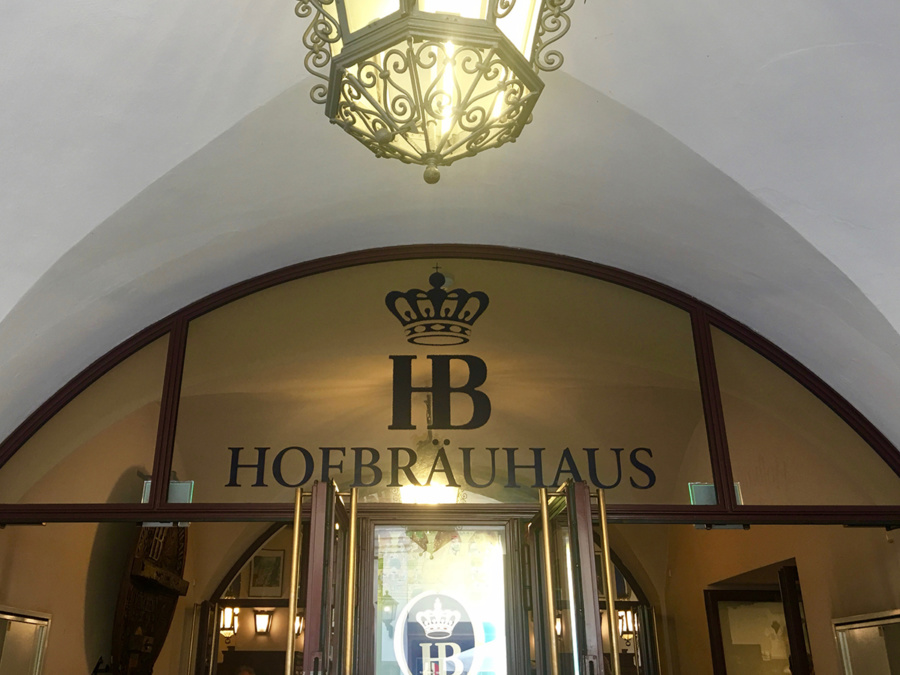 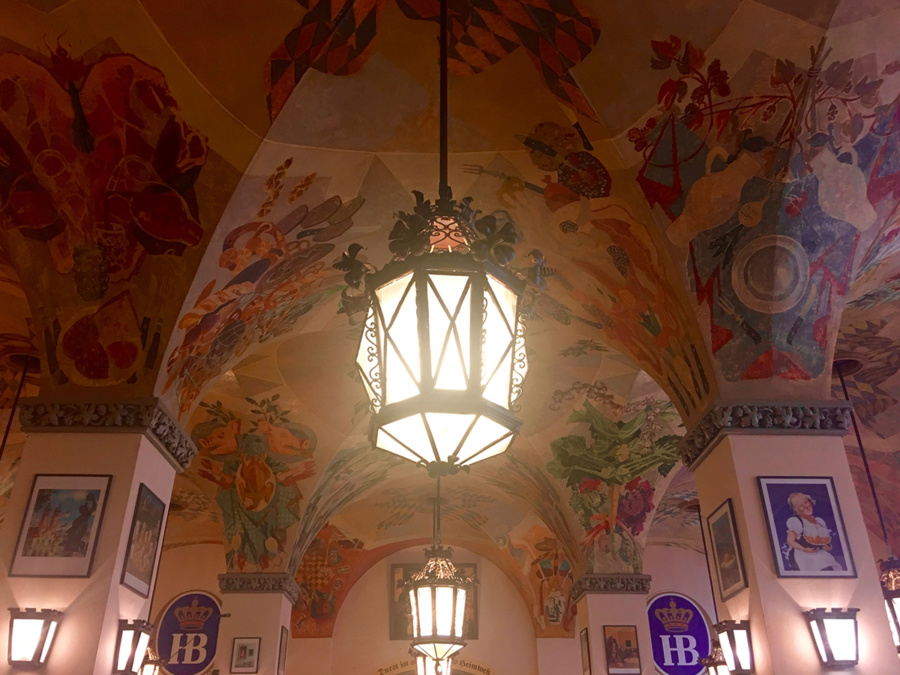 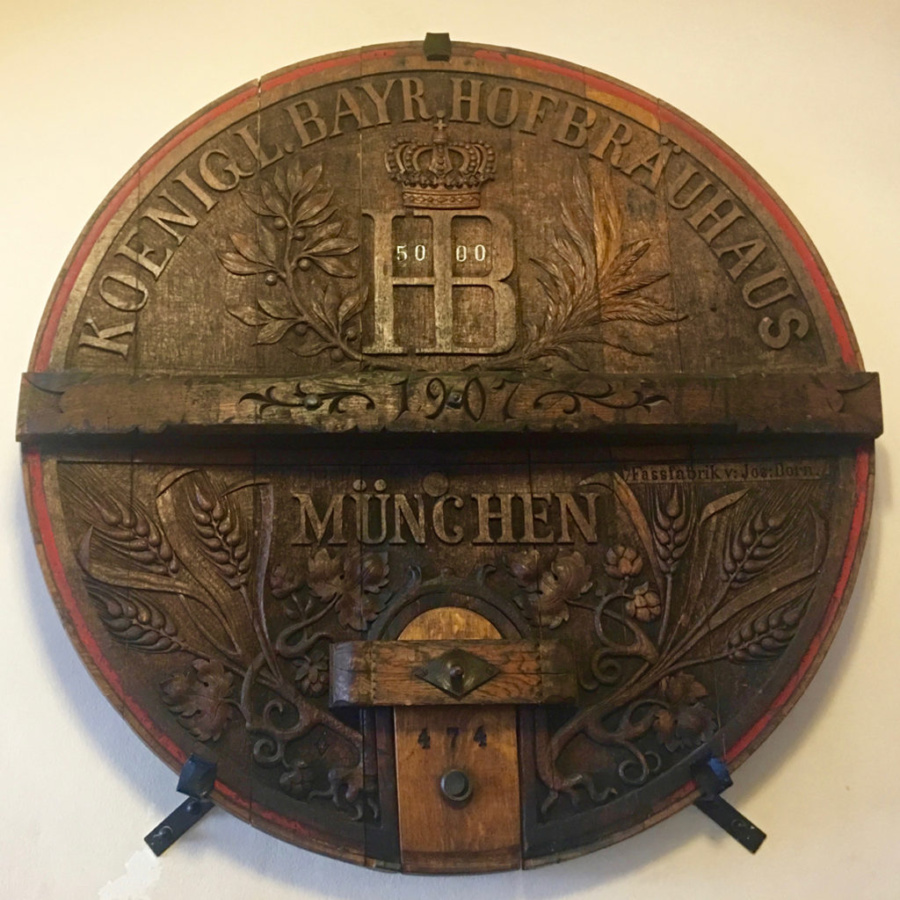 And some more sightseeing after the tour… 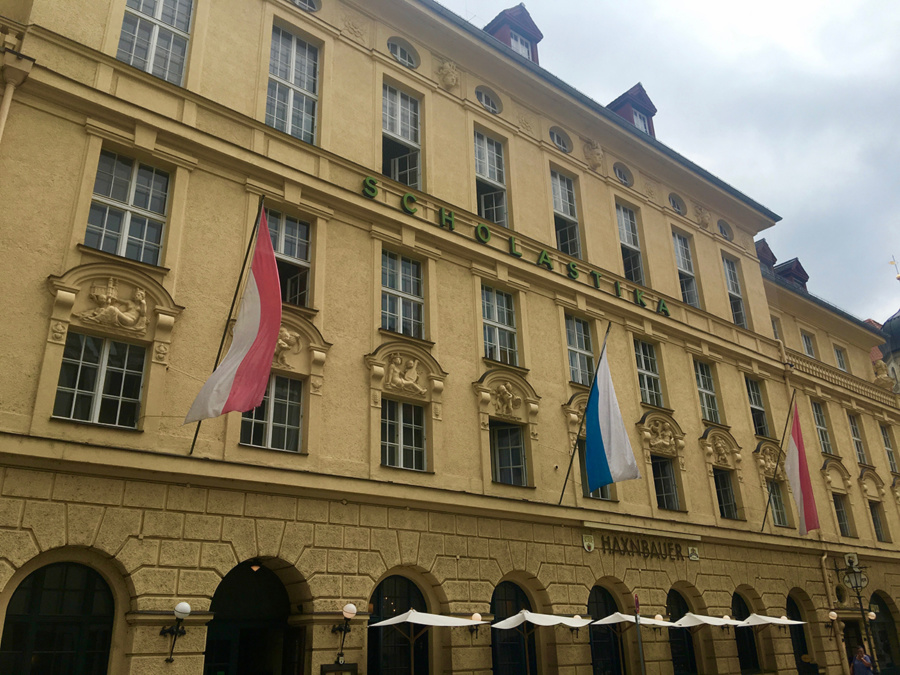 Conclusion: Munich is recommended for those who love history, especially those who are fond about what happened during the time of Nazis. There are also tours where you may visit the concentration camps, but it’s a bit far from the city so you would need another extra day for that. Also, the beer was definitely a must try and your trip wouldn’t be complete without chugging a glass down! 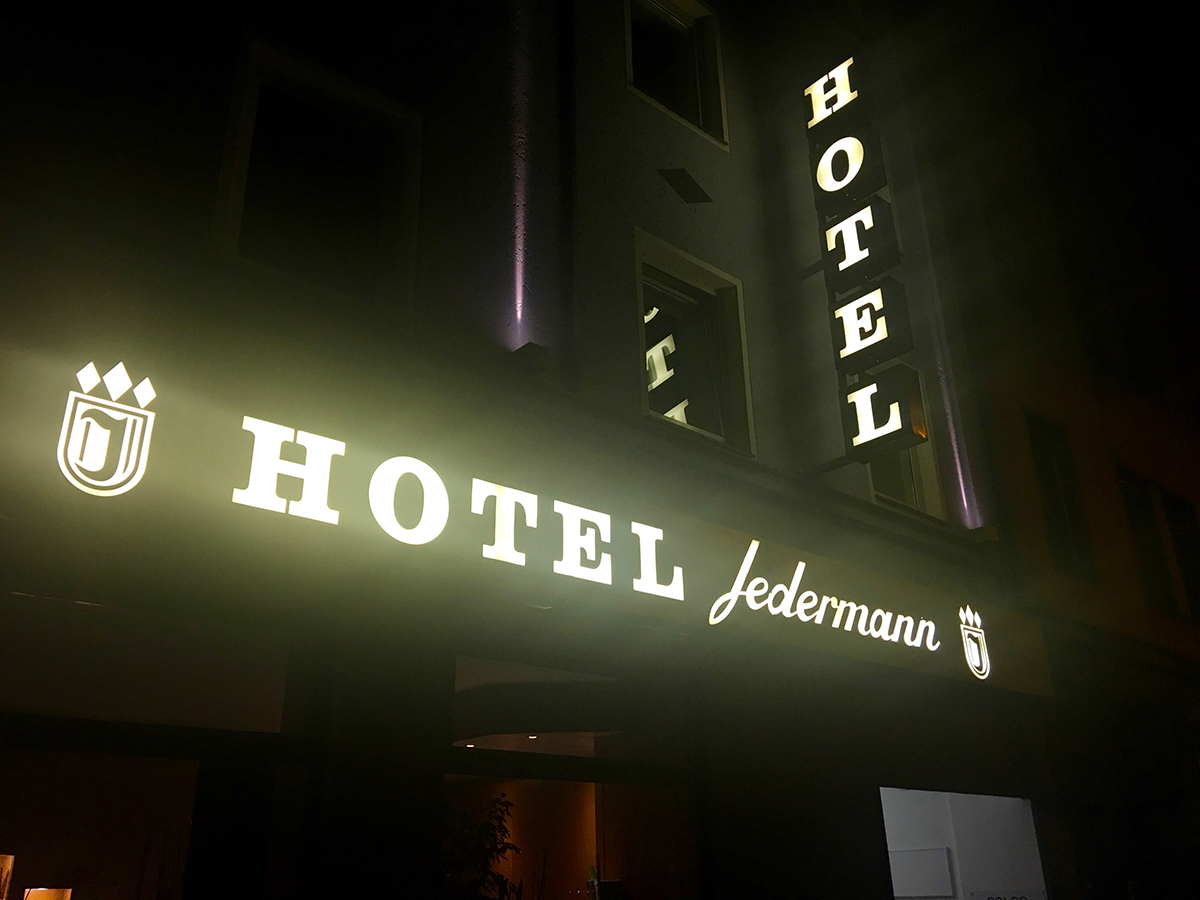 To next German city…

On my third day, I headed to my next destination – Cologne! I took a train going there from the Munich Central Station. It was a last minute booking on Bahn.DE so it costed me ‎€79,75. 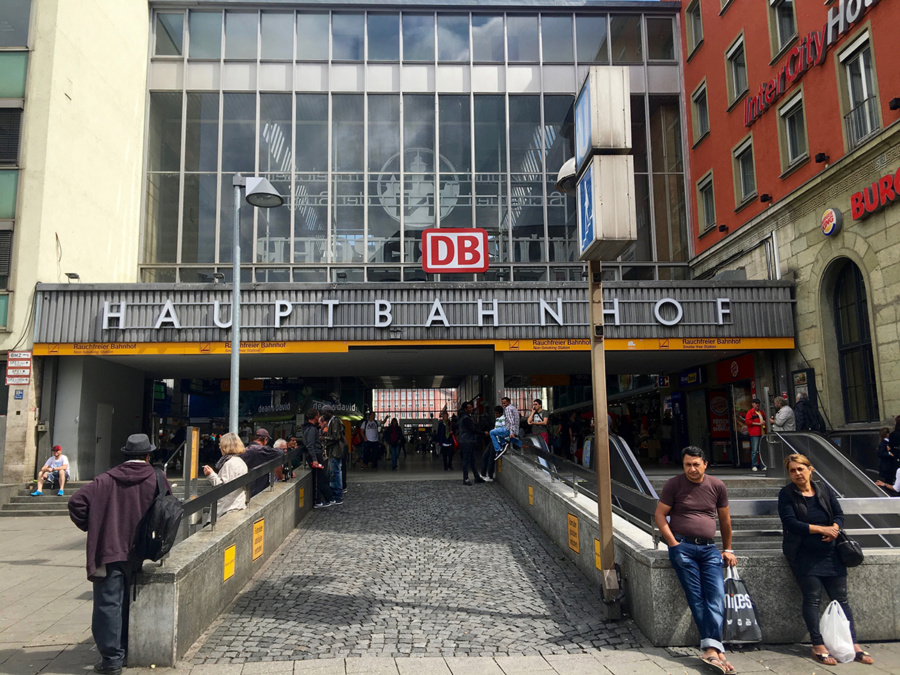 Find out next how did I spend my 5 hour train ride to Cologne, and what did I do in the oldest city of Germany!