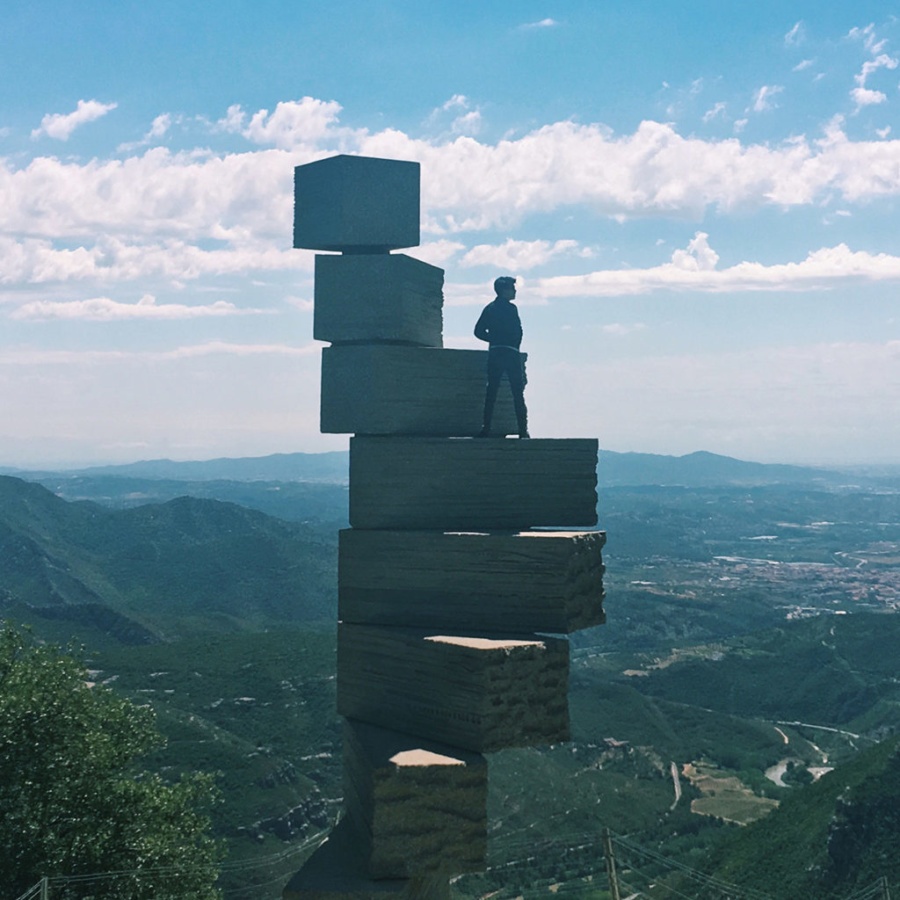 Montserrat is a mountain about 45KM north west of Barcelona City where you can find a Benedictine monastery on top.

One of the places I really wanted to visit for this Europe trip was Montserrat. When I told a friend about it, she instantly agreed to go with me to the place. She says that she goes there occasionally, and all her prayers in every visit got answered! How wonderful!

How to get there from Barcelona

At Plaza de España station, travelers can buy a combination of return ticket + cable car ride for €20. Board the Line R5 train headed towards Manresa. It may be a little difficult to find the track as the station is huge.

Also note that the train leaves at specific times. We missed ours by literally one minute so we had to wait for another hour to catch the next one!

Once you go down at Aeri de Montserrat station, you can ride a cable car going up the mountain. As mentioned above, the €20 fee also includes the back and forth cable car ride so you just present the same train ticket.

There is a bit of queue as people have to wait for the car to arrive, and there is a limit on the number of people that can get on. It’s a 5-minute ride ’til you get to the top of the mountain. The panoramic view as you ascend is simply spectacular!

If you are afraid of heights or are not keen on riding the cable car, alternatively you may alight at the next station, Monistrol Montserrat, and there you can take a track train instead to go up. 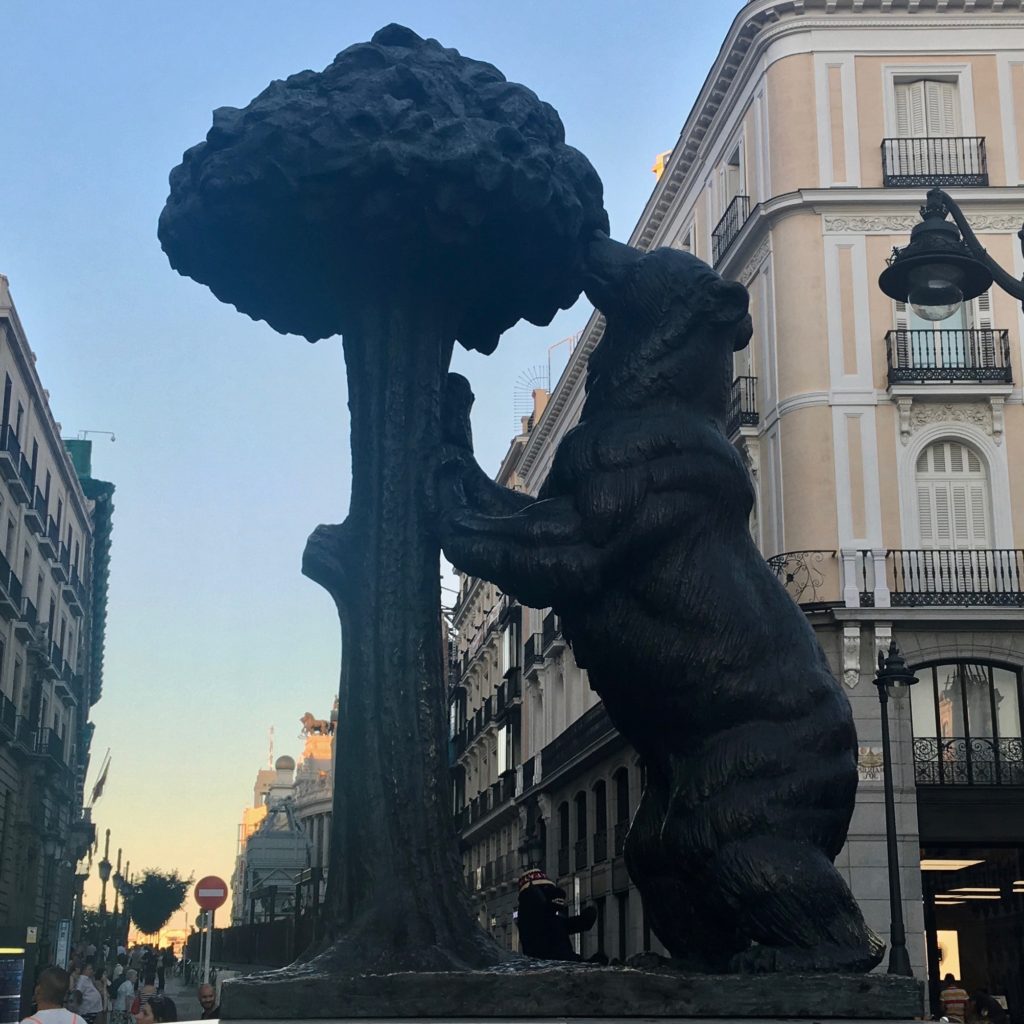 Madrid: Going around the capital of España with mi familia

Montserrat Basilica has a Gothic feel with a mix of Renaissance shapes and traditional Catalan architecture. At the end of the 19th century, it was severely damaged during Napoleon War and had to be reconstructed. Besides attending mass, what most pilgrims do when they are here is see and touch the statue of the Virgin of Montserrat, also called Black Madonna or Our Lady of Montserrat.

On the right-hand side of the Basilica is where the entrance to go see the statue is. Like most pilgrim sites, there is a queue. But we got there pretty early so the line wasn’t crazy long yet. 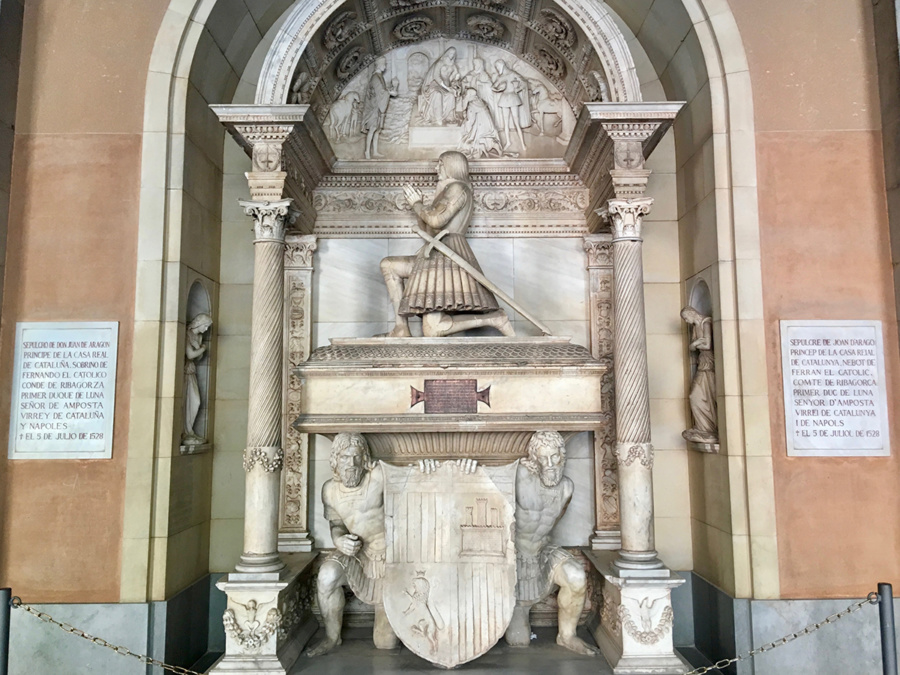 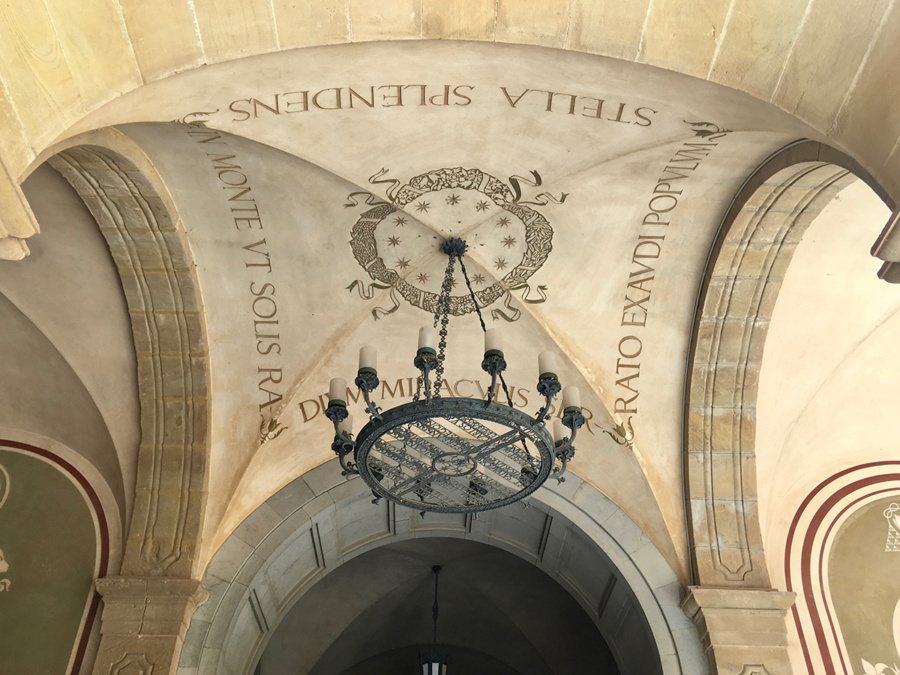 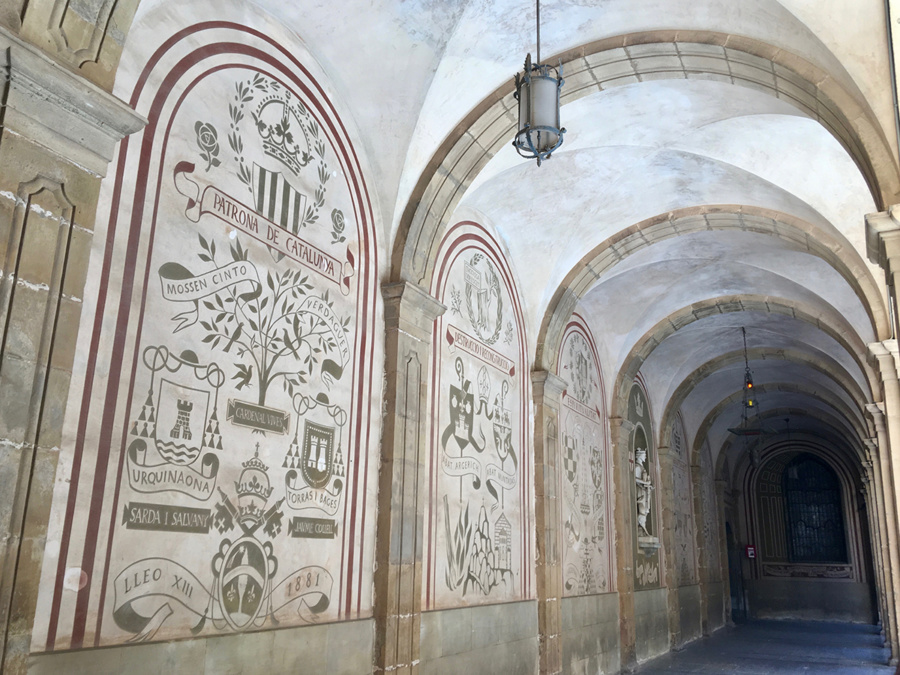 And in case you are wondering, seeing the Black Madonna statue is absolutely free, but visitors may give a donation if they want to.

Miracles were attributed to the Black Madonna. It is considered one of the most celebrated images in Spain. In 1844, Pope Leo XIII declared the Virgin of Montserrat as the patroness of Catalonia. 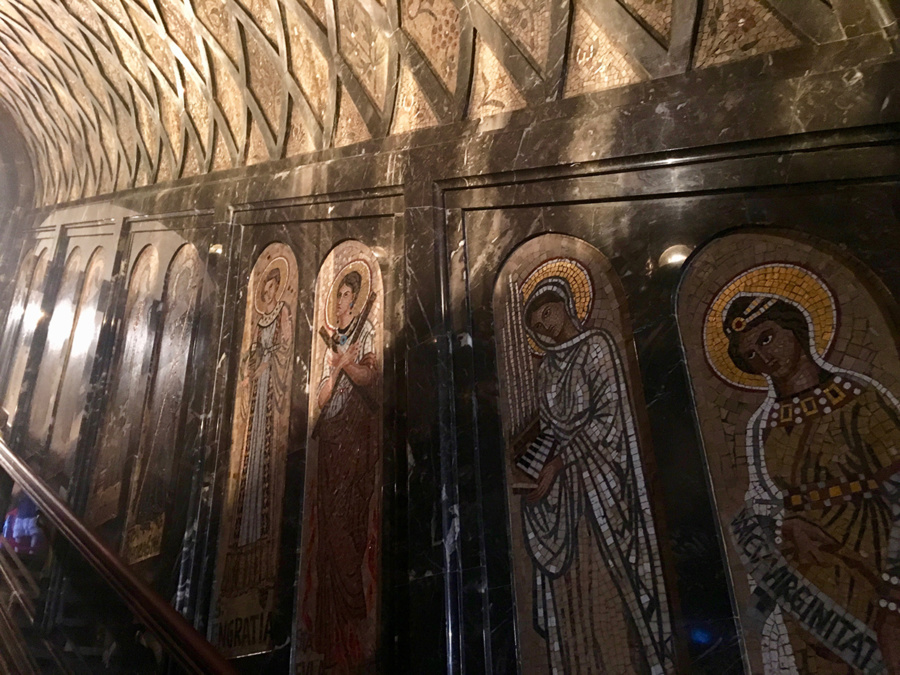 The Virgin of Montserrat sits at the back of the Basilica behind a glass, looking down over the altar. There is a little hole where pilgrims can touch or kiss her right hand which holds a sphere that symbolises the earth.

Another monument that is a favorite in this place is Monument a Ramon Llull, or Stairway to Heaven as some people prefer to call it. It is inspired by the thinking of Ramon Llull, a Majorcan philosopher, mystic and missionary from the 13th century. Eight rectangular blocks climb in a spiral-like manner. They represent diverse beings, arranged hierarchically: stone, flame, plant, beast, men, angel, and God.

Definitely a very Instagrammable spot! But since it sure is a daredevil stunt to climb up as there’s no railing to hold onto or protect you from falling, the stairway was fenced off! The naughty in me found a way to get in tho, and the rest was history. Thank God I managed to go up and down without any problem, and we weren’t caught!

It is truly worthwhile to visit Montserrat, be it you’re a religious person or just simply curious. This place will fulfill your spiritual, historical and architectural fantasies!