Madrid: Going around the capital of España with mi familia | Lord Around The World 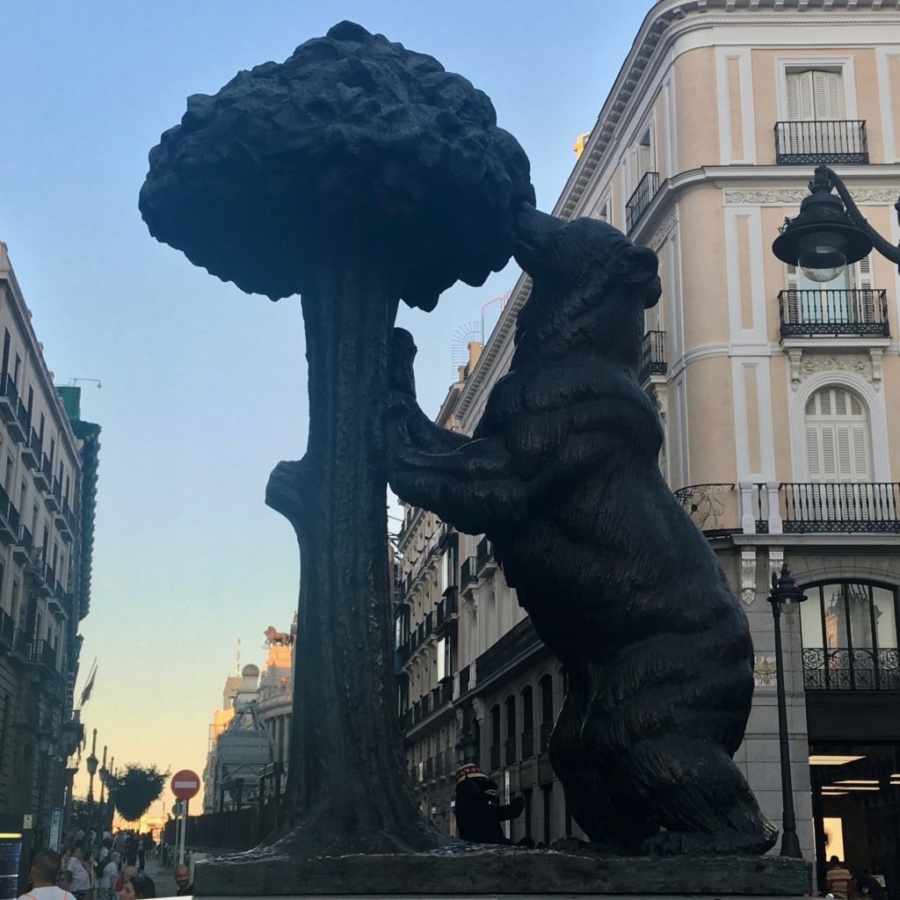 Madrid is the economical and industrial center of Spain and is home to the Spanish Government and Spanish Royal Family.

After seeing my friends in Barcelona, I am headed to the last stop for this whole Europe trip – Madrid! And this time, I’m gonna meet some of my family who lives there!

Getting to Madrid from Barcelona

Located in the center of the country on a plateau about 650 metres above sea level, Madrid is the highest capital city in Europe. It being in the center makes its easily connected to other major cities in Spain by road, train or air.

I tried to book a last minute flight from Barcelona to Madrid to save some time but unfortunately the prices had gone up. Ultimately, I took ALSA bus which cost me just €32,2. The trip was almost 8 hours. A bit long, but I took the morning trip at 10:30 AM so I got the chance to see the countryside which was very peaceful and relaxing.

The trip starts from Estació del Nord and the destination is Avenida de América, a train station in Madrid. Luckily, there was wifi on the bus so I was able to keep one of my aunts, who was gonna fetch me, updated about my location.

Getting around in Madrid

My aunt was kind enough to buy me a 10-journey ticket which costs €11,20 to €12,20, depending on which areas you are traveling to. This ticket can also be used on buses in the city. From Avenida de América, we are going to alight at Príncipe Pío station and from there, we take another bus to go to their house.

We did not want to waste time so after dropping my stuff and resting a bit, they showed me around! 🙂

Our first stop was Palacio Real or Royal Palace. It is the official residence of the King of Spain, but is only used for state ceremonies, official banquets and other state functions. The King actually lives in another palace called Zarzuela, which is just outside of Madrid.

Catedral de Sta. María la Real de la Almudena is the seat of the Roman Catholic Archdiocese of Madrid. It was consecrated in 1993 by Pope John Paul II on his fourth visit to Spain. There is no entrance fee, but donations are appreciated!

El Oso y el Madroño or The Bear and The Strawberry Tree represents the official Coat of Arms of Madrid. This statue is located on the east side of Puerta del Sol. Inaugurated in 1967, the statue weighs approximately 20 tons, and was the work of Antonio Navarro Santafé. 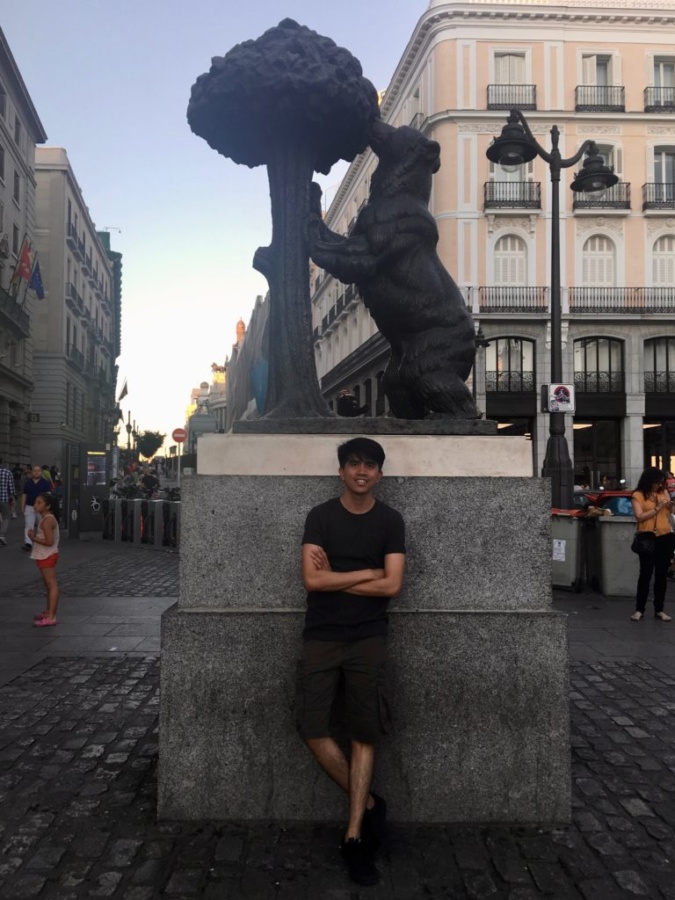 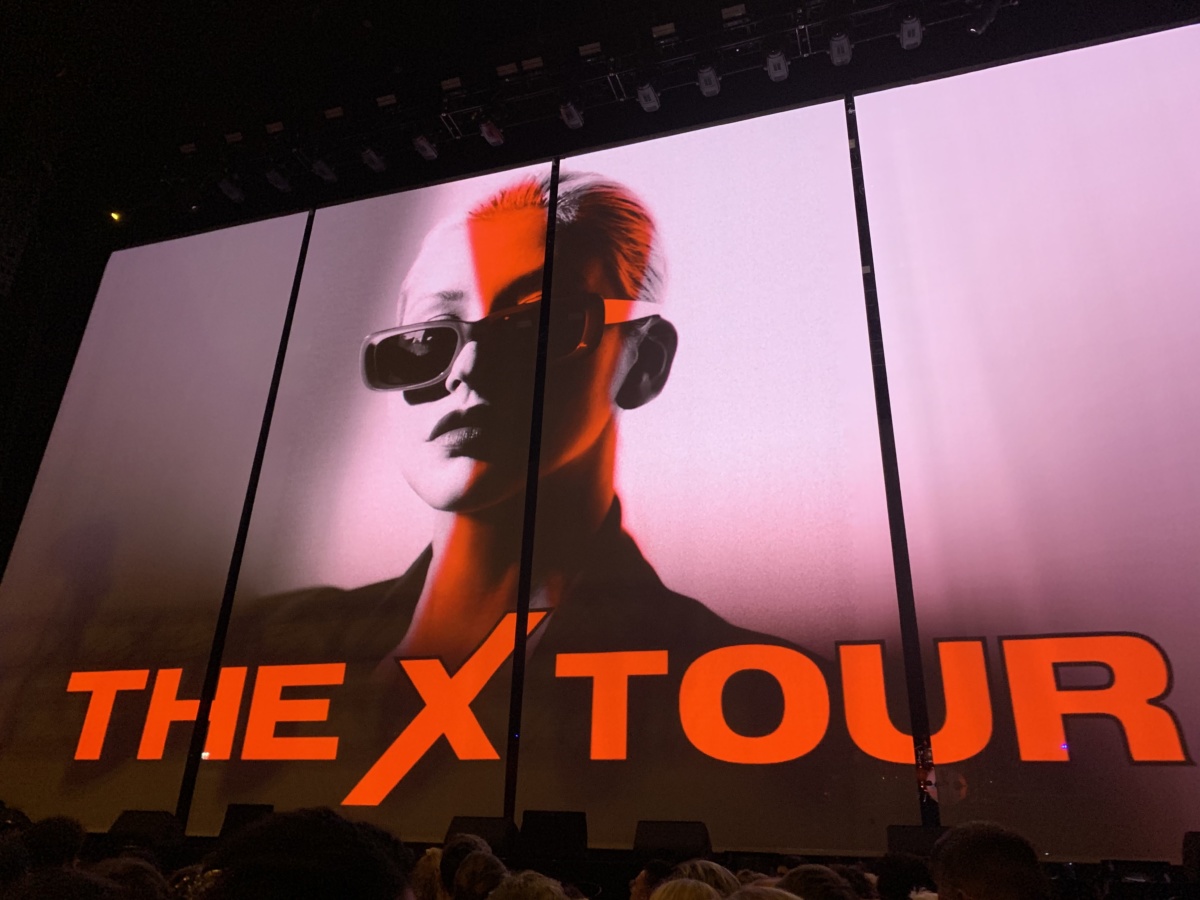 The monumental Cibeles fountain in the middle of the plaza has become one of Madrid’s iconic symbols. It shows the Greek goddess of fertility and nature, Cybele, on a chariot holding a scepter and a key while being pulled by two lions.

One of the prominent buildings in this square is Palacio de Cibeles, formerly called the Palace of Communication. Like the 18th century fountain in front of it, the palace has become an emblematic monument of the city.

The Centro district is the oldest area of the city. Some of the architectures date back to year 852-886 when Muslims settled in this place. I did a city tour on my second day so I will share more interesting tidbits on my next post! 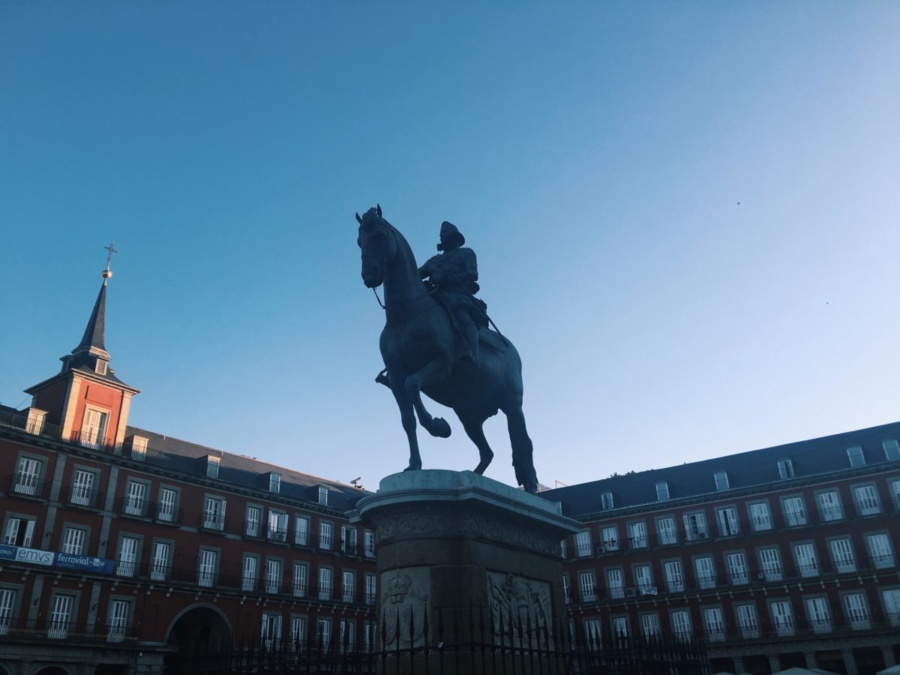