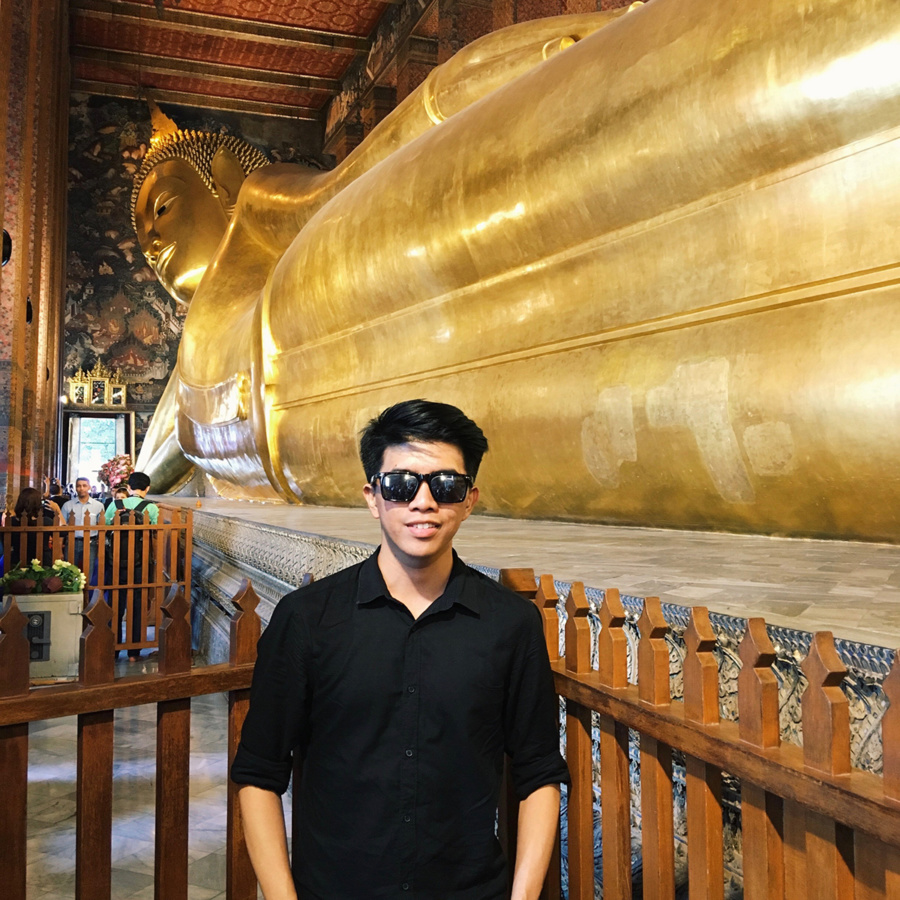 Whether you're a local or an expat in Singapore, CNY is a perfect time for a quick vacation in nearby countries.

This year, the holiday fell on a Monday and Tuesday so I took the chance to explore nearby countries. I left Singapore Thursday, so my whole trip was six days in total. I visited three countries: Thailand, Laos and Cambodia. Sounds a little intimidating, huh? Fortunately I was able to squeeze in everything as planned! Here’s how it went.

When I was planning this trip, I thought of meeting my friend Jane, who used to be my officemate at my first work in the Philippines. She is now working in Bangkok. I messaged her and voila! She’s down with my plans. Since she had work the day I arrived, I explored around first on my own. 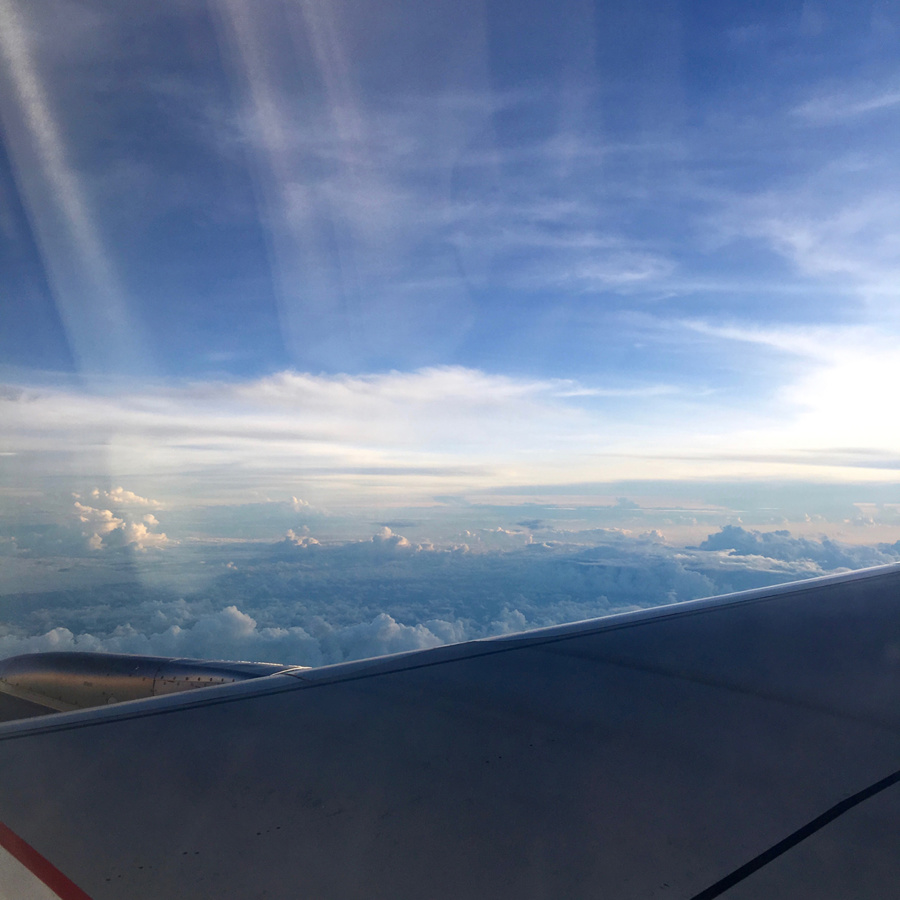 It’s my second time in Bangkok. The first was in 2011, and that was also my first time to travel solo, and first trip abroad ever. That’s why Bangkok is special to me! 🙂

First stop: The Grand Palace! From Suvarnabhumi, I took the airport train going to Paya Thai BTS Skytrain station. Then from there, I headed to another station called Saphan Taksin. Below it is a ferry station. The boats are a great way to get around the Chao Phraya riverside where you can see many historical attractions.

There are different types of boat river taxis, but the one for tourists (blue flag) costs 40 baht per one way trip. It doesn’t matter where you’re going, be it just to the next station or to the farthest one. If you’re gonna explore the area a lot, it’s best you get the all-day pass for 100 baht. When not sure where to alight, just tell the person in the ticket booth where you are heading and ask how many stops ’til you get there. They’ll let you know. If I remember correctly, mine was 8 stops. 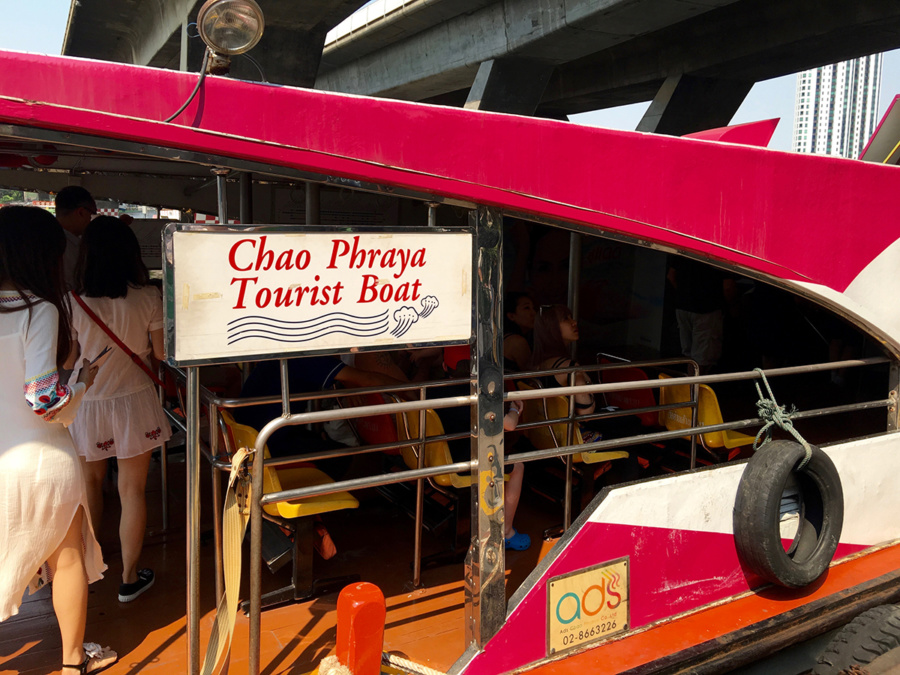 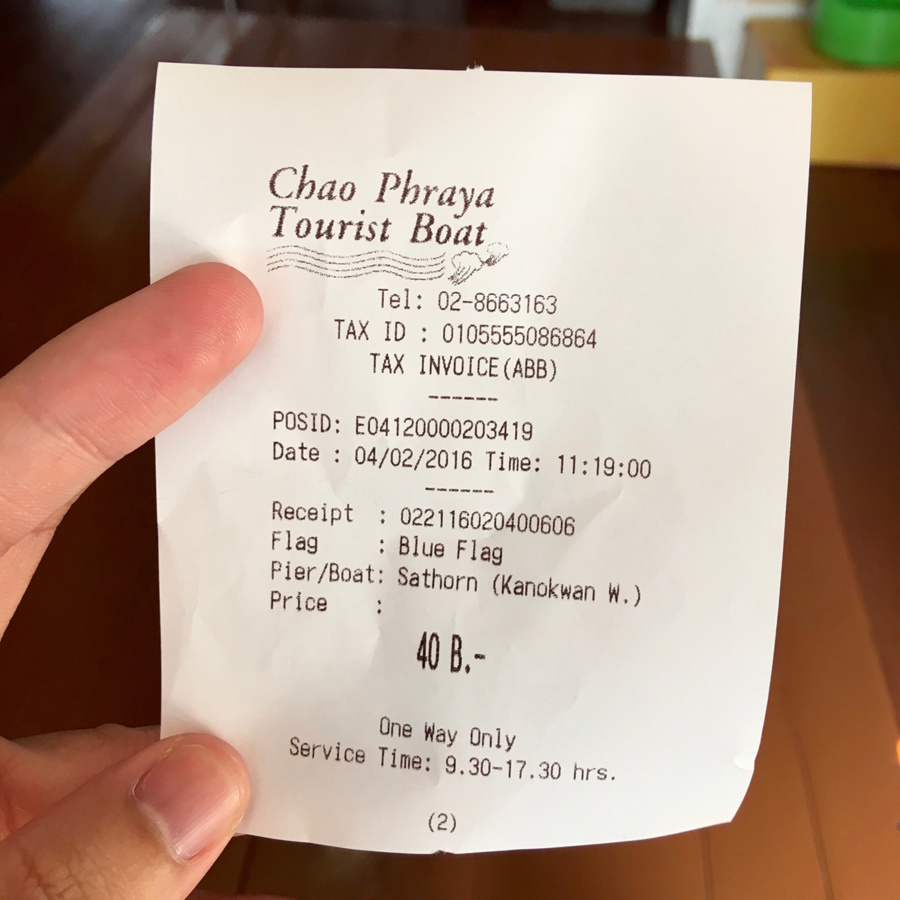 I’ve visited Grand Palace before but not Wat Pho, which is located directly south of the Grand Palace, as the Buddha was being renovated at the time. I made sure this time I’d see it. The famous giant reclining Buddha is one of the largest in Bangkok. It is 46 meters long and 15 meters high. Before you go inside the temple, you have to remove your shoes/slippers. They provide a blue bag where you can put them in, and it has to be returned after you go out. 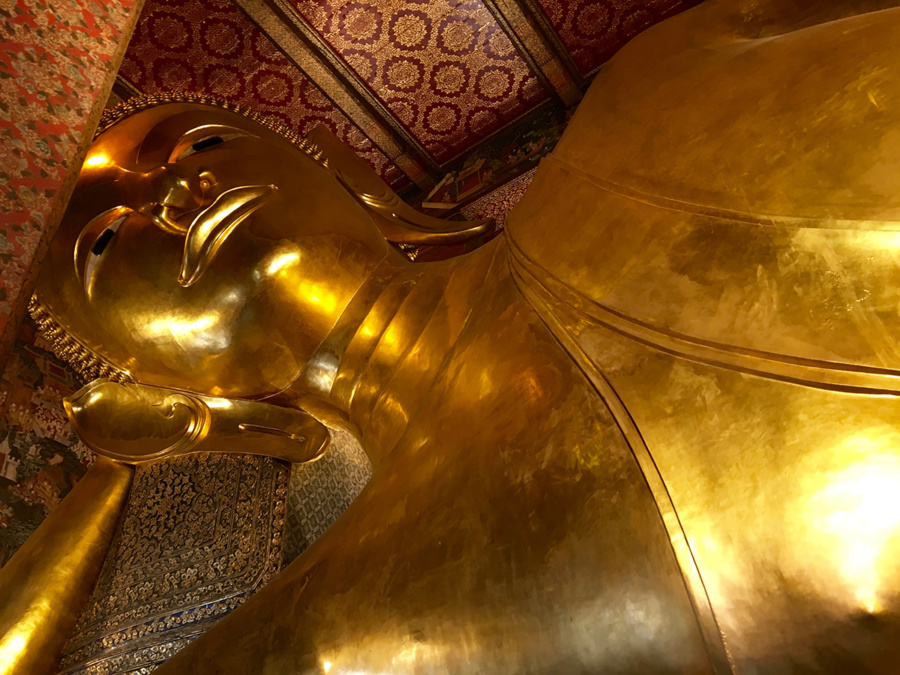 After seeing the giant reclining Buddha, I went to explore the rest of the complex. I just love how vibrant and colorful the temples and the whole place are. 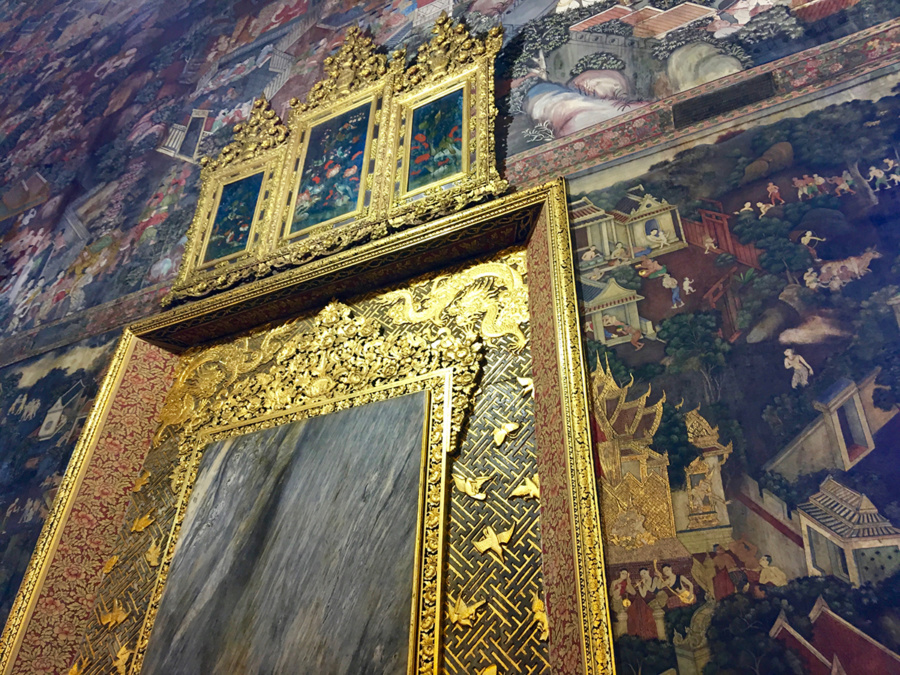 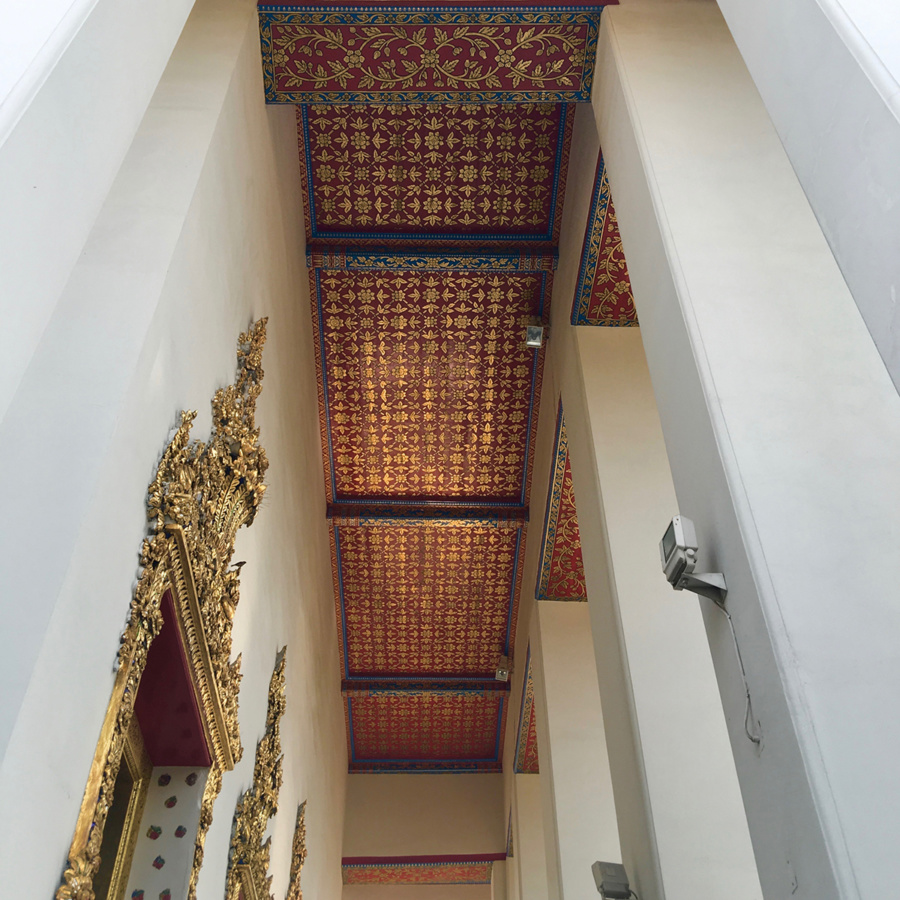 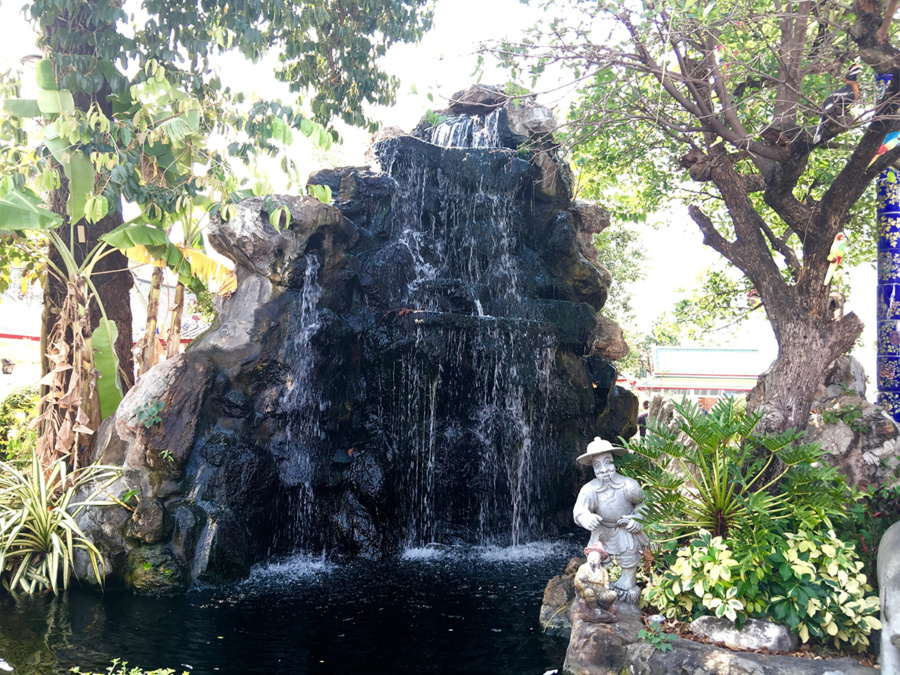 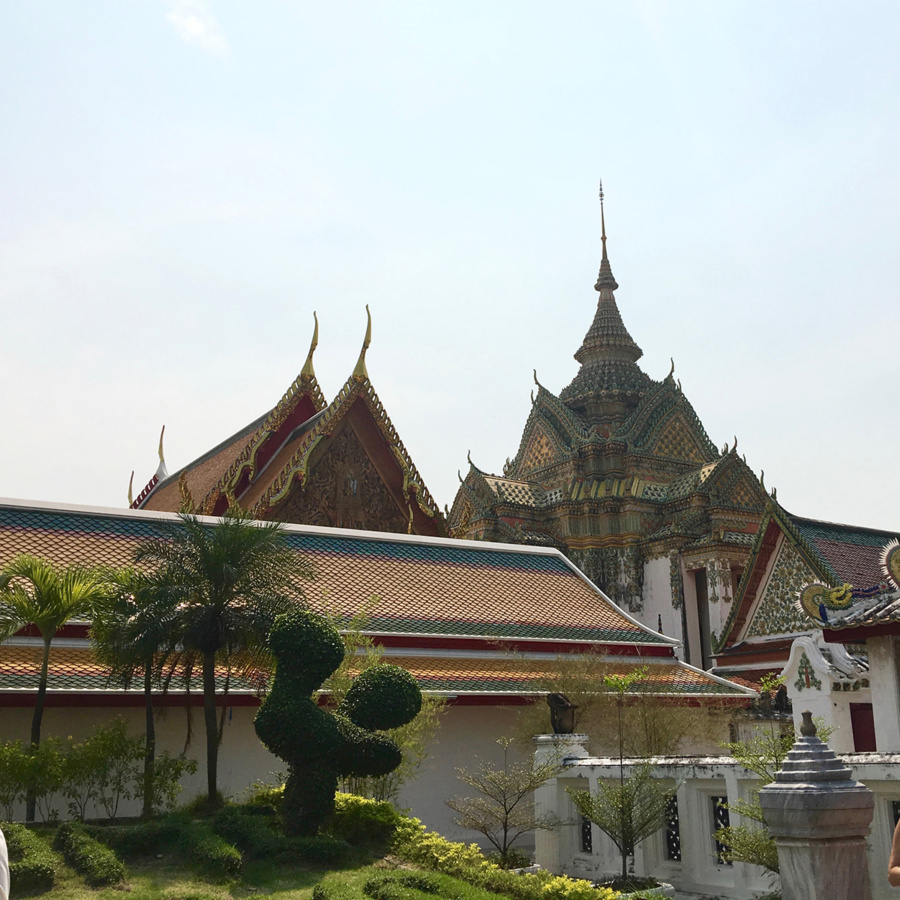 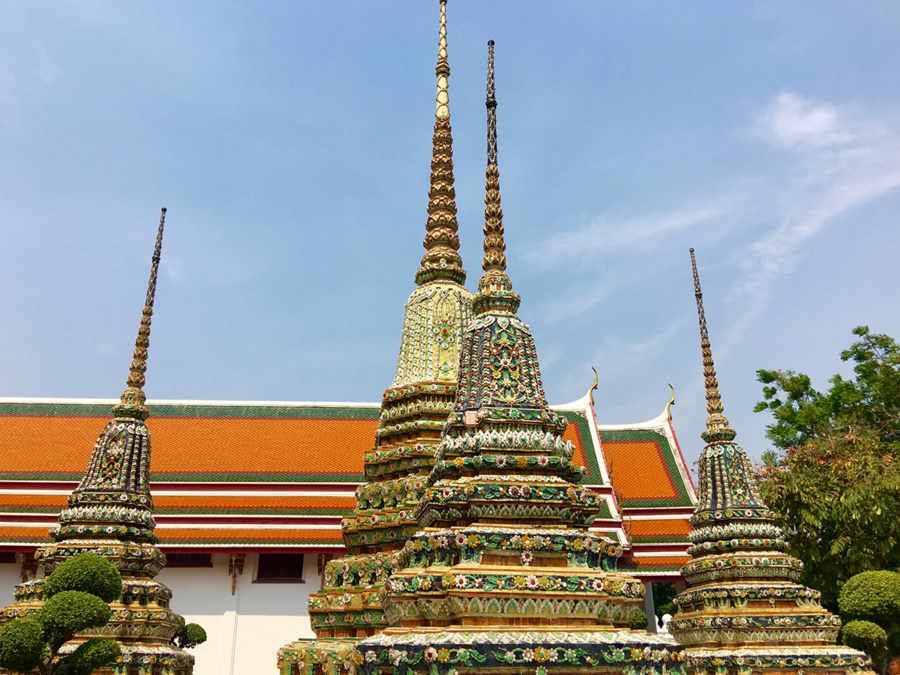 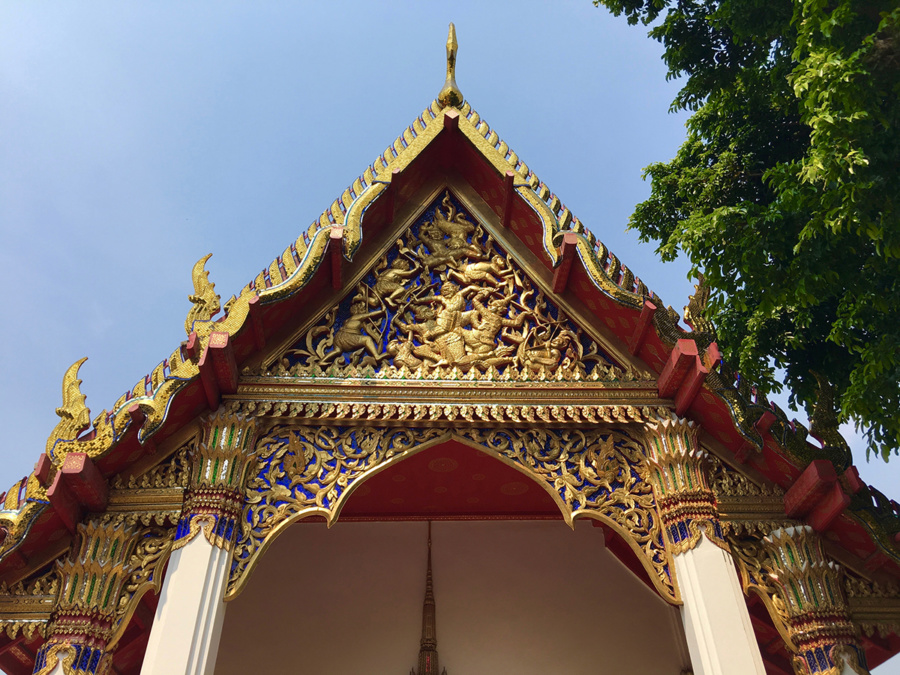 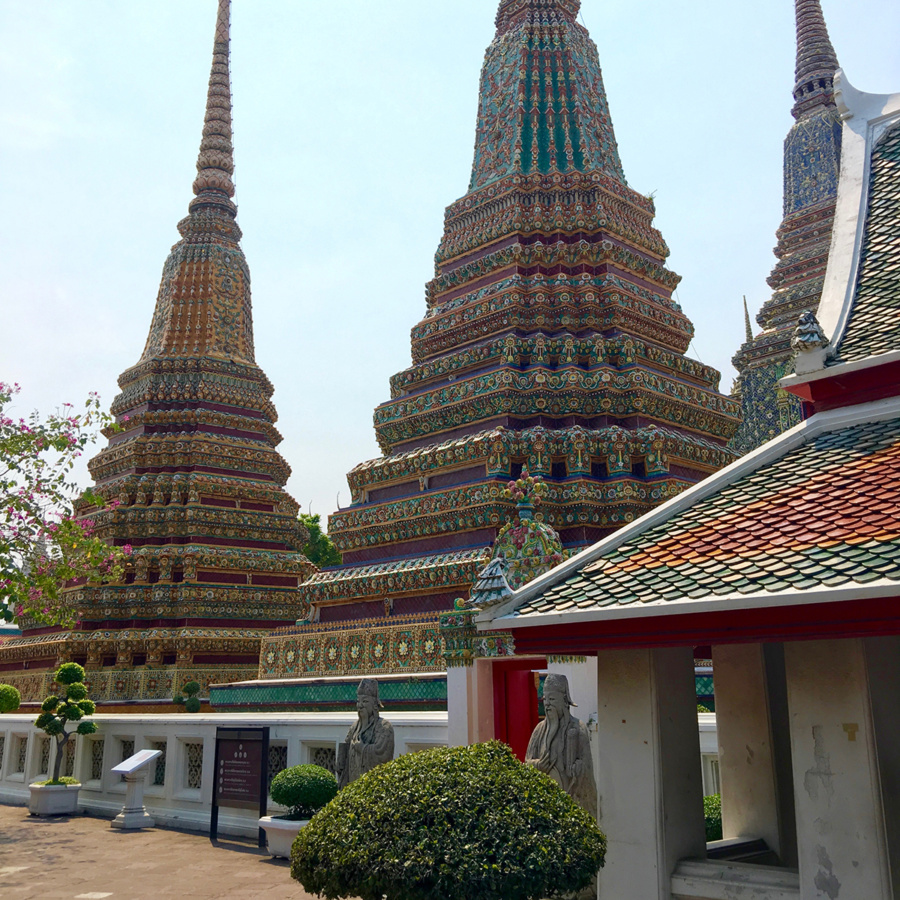 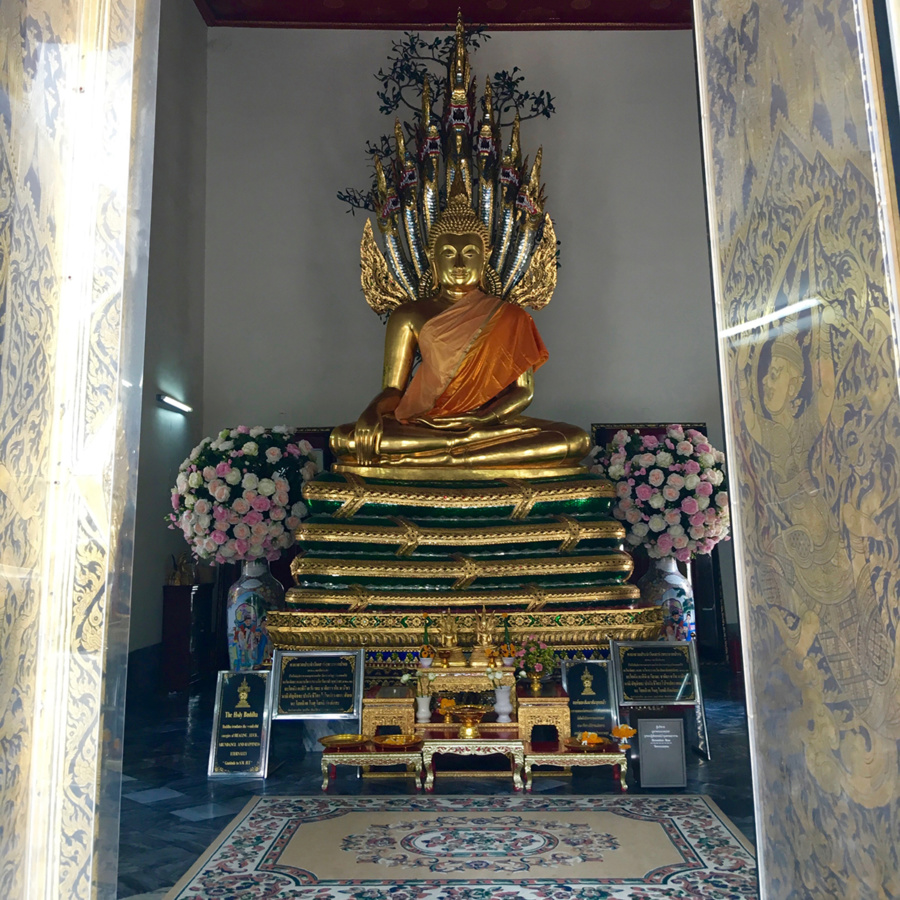 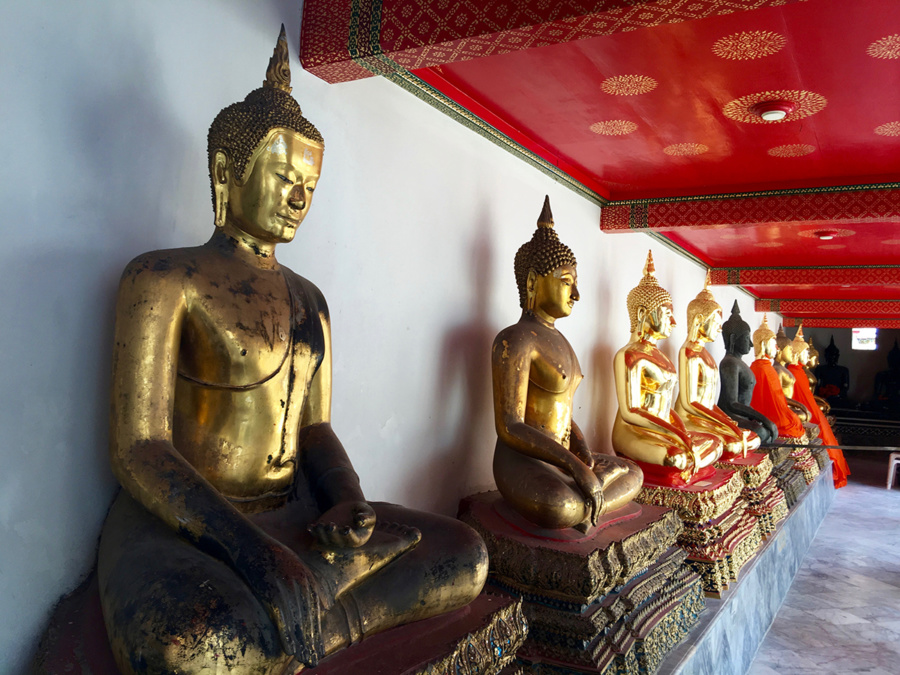 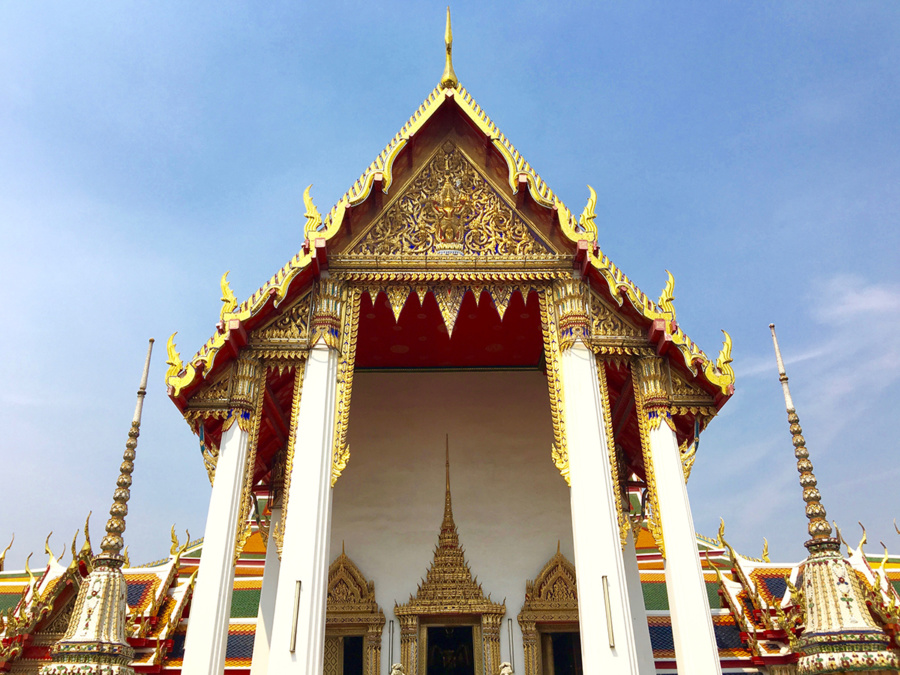 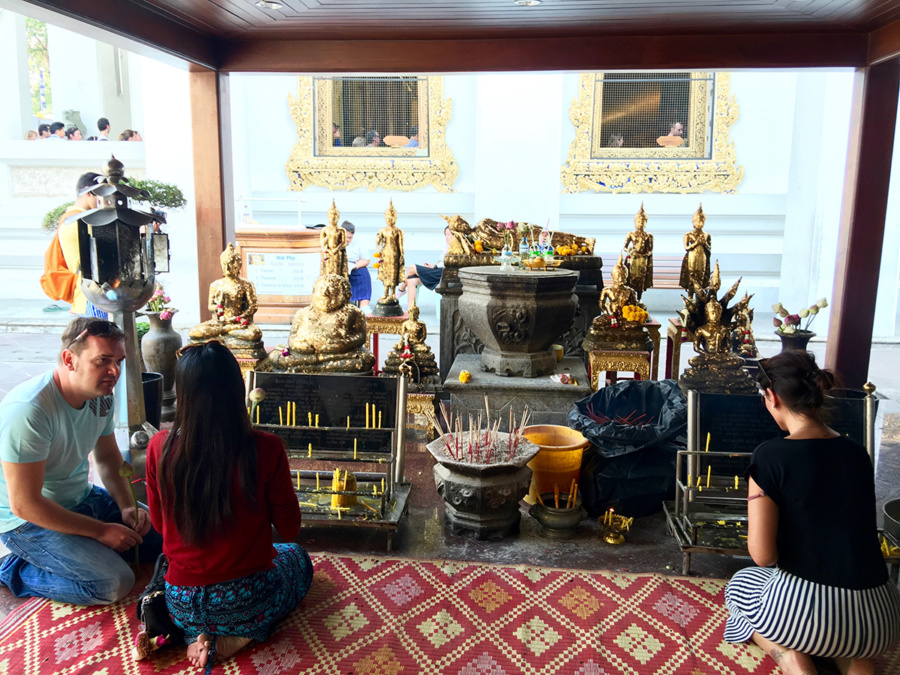 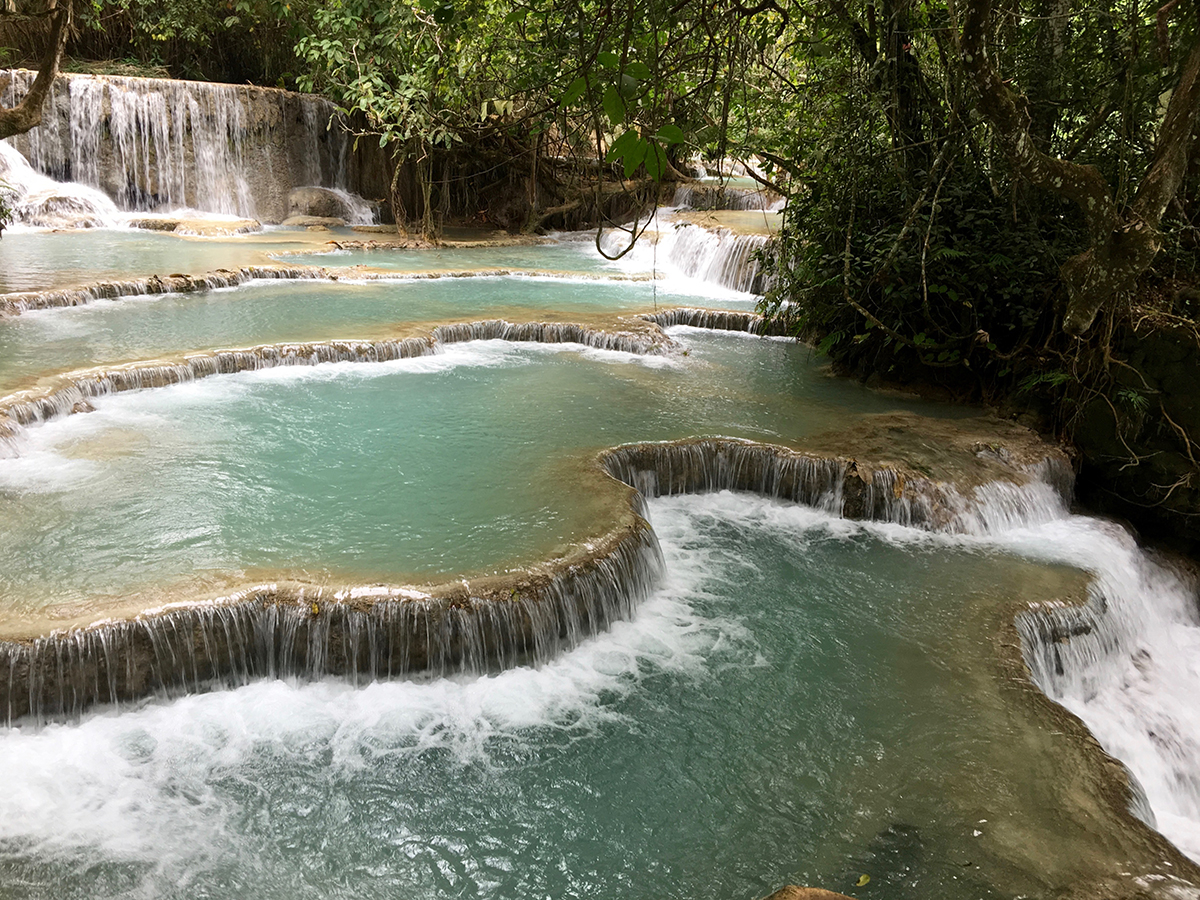 For lunch, I grabbed something in a restaurant nearby, then went to the ferry station to catch a boat going back to the BTS station. Jane said she’ll meet me in this mall called Terminal 21.

From Saphan Taksin, I went down to Siam interchange station. You can see Siam Paragon from there, one of the biggest shopping centres in Asia. I would have loved to go inside again, but I decided to head straight to Asok station, 4 stops away from Siam, where Terminal 21 is. 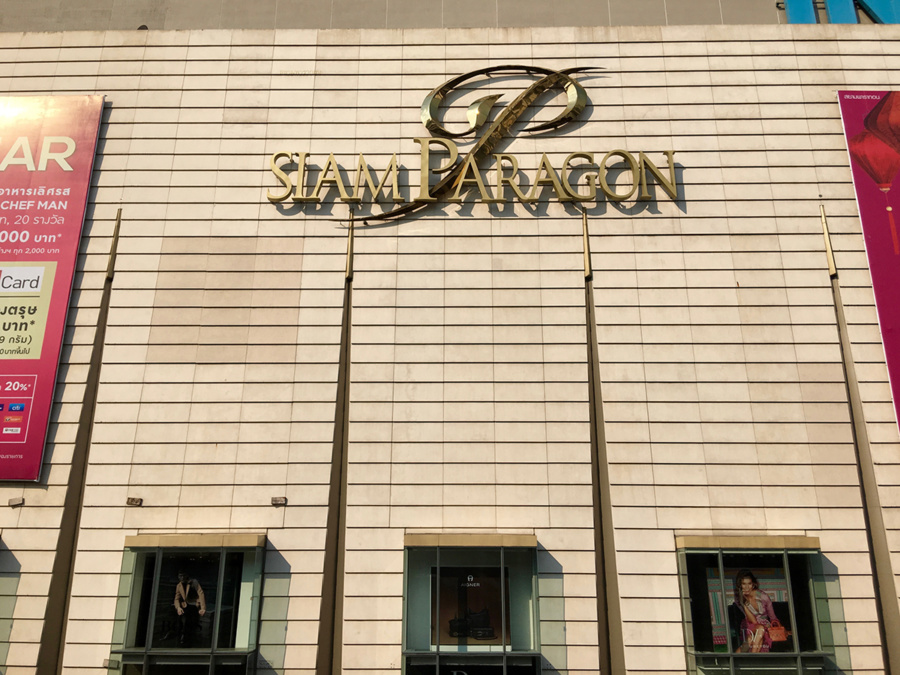 Terminal 21 is a concept mall, one of the coolest I’ve ever seen! Each floor has a theme based on popular cities/places in the world: Caribbean, Rome, Paris, Tokyo, London, Istanbul, San Francisco (City), San Francisco (Pier) and Hollywood.

Jane arrived around 07:00 PM. We had dinner first and caught up a bit since we had not seen each other for 6 long years! Unfortunately, they didn’t have Chinese New Year holiday, so she could only accompany me to Laos over the weekend.

From Asok, we rushed to Bangkok Railway Station (Hua Lumpong) where we took the sleeper train going to Nong Khai, the border of Northern Thailand. We availed the second class that costs 708 baht. My friend bought the tickets ahead of time so we’d have no problem on the day of our trip! After checking if all passengers are on board, the train left past 08:00 PM. 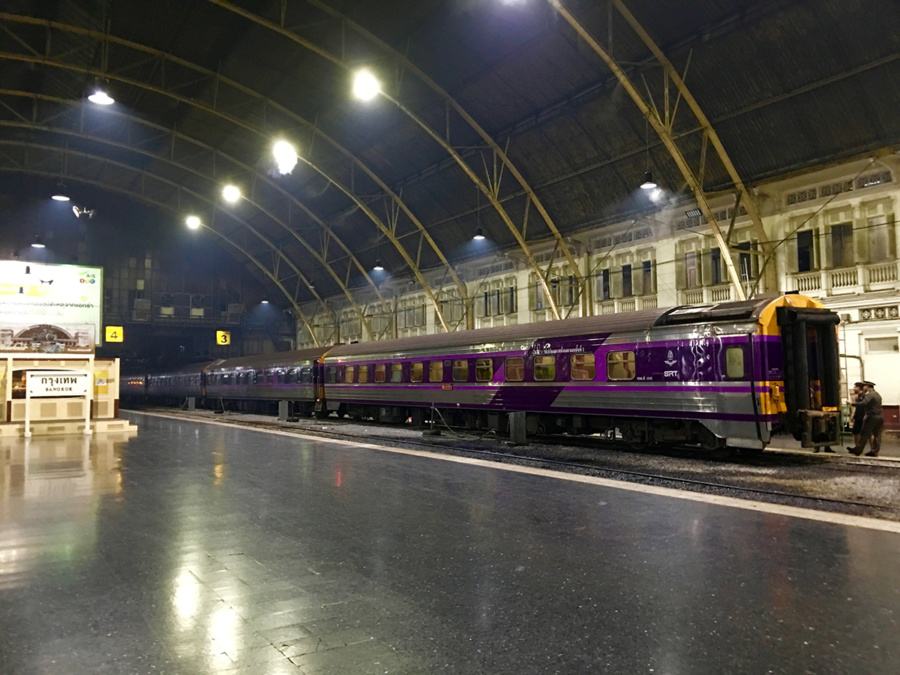 It was my first time to ride a railway and a sleeper train. They provided nice pillow & blanket for each passenger, and helped with setting up the bed one by one. I’d say the experience was comfortable enough, although the noise of the train could be bothersome while sleeping. They have a loo at the end of the train, so you don’t have to worry if you feel the call of nature.

We arrived in Nong Khai around 07:00 AM, so it was roughly 11 hours of traveling overnight. Not so bad. The sunrise was a nice view from my window when I woke up.

At the Nong Khai station, you can buy a ticket going to Laos. It’s another train ride from there to Thanaleng, but just very quick. Crossing the Thai-Lao Friendship Bridge will take 15-20 minutes. Our ticket was a package, 300 baht, so we also had a service going to Vientiane, the capital of Laos, which is 40 minutes away from Thanaleng. 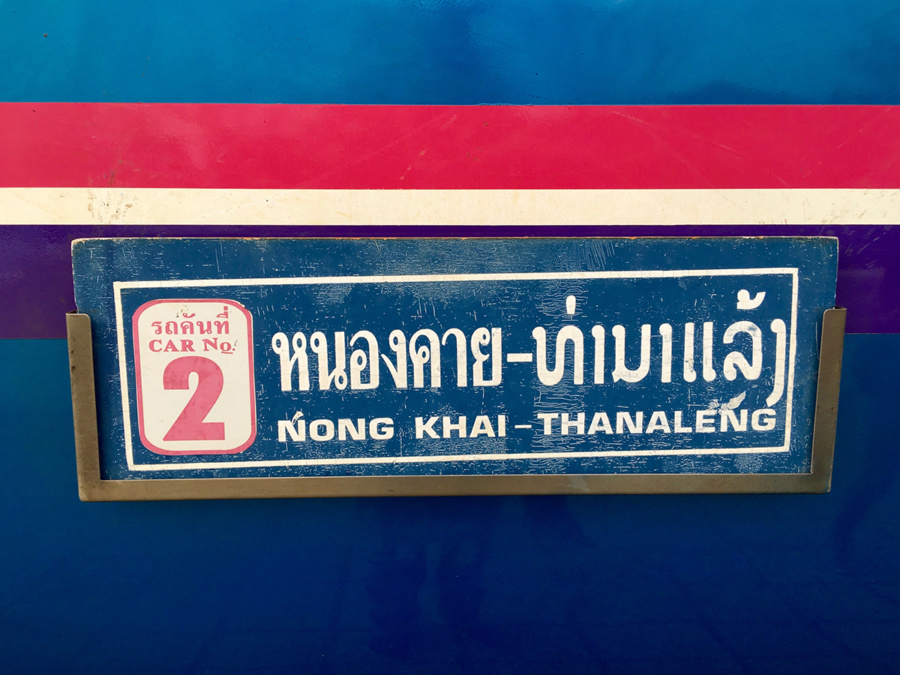 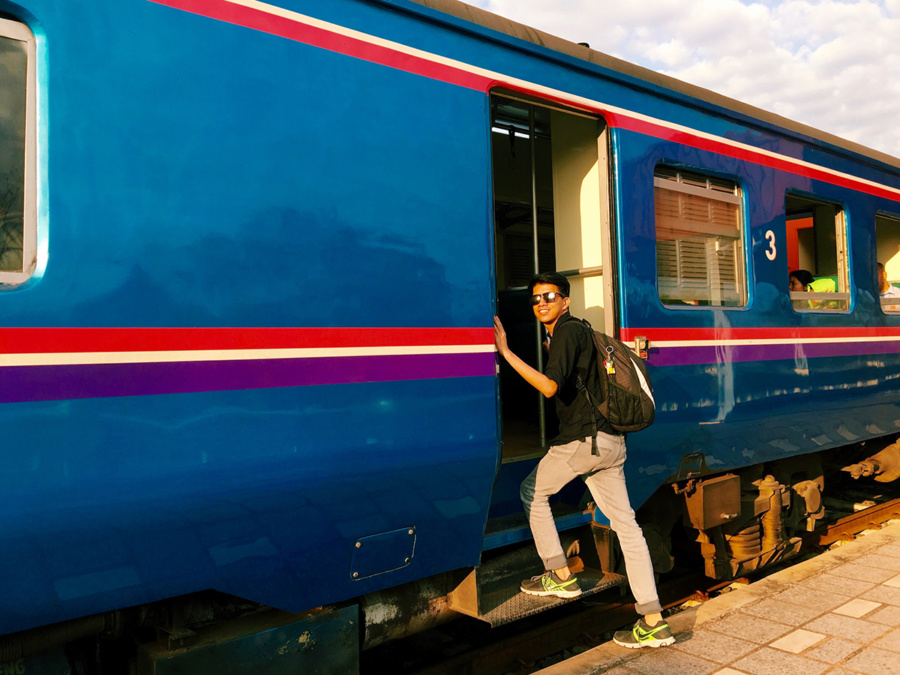